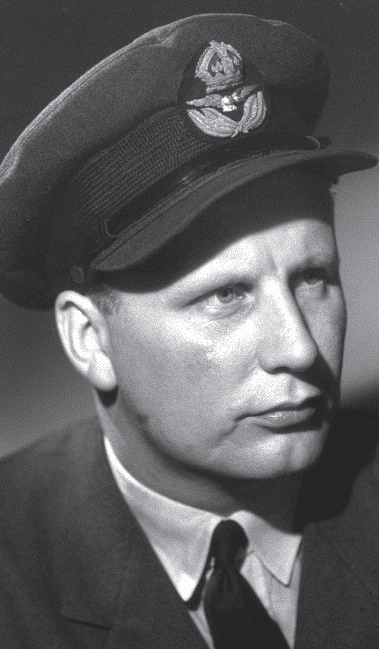 On 12 August 1940 five Handley Page Hampdens were sent to attack the Dortmund-Ems Canal, north of Münster. The canal was a vital artery for the German war effort, connecting the Ruhr with the North Sea. Acting Flight Lieutenant R A B Learoyd was awarded the VC for his gallantry in this action, which disabled the canal for ten days.

This officer, as first pilot of a Hampden aircraft, has repeatedly shown the highest conception of his duty and complete indifference to personal danger in making attacks at the lowest altitudes regardless of opposition. On the night of 12th August, 1940, he was detailed to attack a special objective on the Dortmund-Ems Canal. He had attacked this objective on a previous occasion and was well aware of the risks entailed. To achieve success it was necessary to approach from a direction well known to the enemy, through a lane of especially disposed antiaircraft defences, and in the face of the most intense point blank fire from guns of all calibres. The reception of the preceding aircraft might well have deterred the stoutest heart, all being hit and two lost. Flight Lieutenant Learoyd nevertheless made his attack at 150 feet, his aircraft being repeatedly hit and large pieces of the main planes torn away. He was almost blinded by the glare of many searchlights at close range but pressed home this attack with the greatest resolution and skill. He subsequently brought his wrecked aircraft home and, as the landing flaps were inoperative and the undercarriage indicators out of action, waited for dawn in the vicinity of his aerodrome before landing, which he accomplished without causing injury to his crew or further damage to his aircraft. The high courage, skill and determination, which this officer has invariably displayed on many occasions in the face of the enemy, sets an example which is unsurpassed.