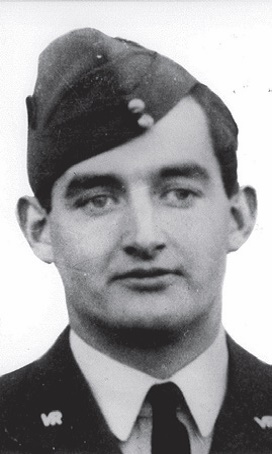 In early 1941 the German battle-cruisers Gneisenau and Scharnhorst had been attacking British shipping in the Atlantic. At the end of March they docked for repairs at Brest, the French naval base at the western end of the Brittany peninsula. Here they were targeted by Bomber Command but were largely unscathed. However, Gneisenau was moved out of drydock to allow disposal teams to deal with an unexploded bomb lodged there. On 6 April six Bristol Beauforts of No 22 Squadron were dispatched from RAF St Eval, near Wadebridge, Cornwall, to attack her: three bombers to disable any torpedo nets around her and three planes armed with torpedoes to sink her. None of the bombers reached Brest. The other planes were faced with formidable anti-aircraft defences. Flying Officer K Campbell braved these to launch a torpedo at point-blank range but was immediately shot down. The plane crashed in the harbour and Campbell and his crew were all killed. Gneisenau was seriously damaged and forced to return to drydock, where she was further damaged by a bombing raid on 9-10 April. She was out of action for the rest of the year.

This officer was the pilot of a Beaufort aircraft of Coastal Command which was detailed to attack an enemy battle cruiser in Brest Harbour at first light on the morning of 6th April, 1941. The aircraft did not return but it is now known that a torpedo attack was carried out with the utmost daring. The battle cruiser was secured alongside the wall on the north shore of the harbour, protected by a stone mole bending round it from the west. On rising ground behind the ship stood protective batteries of guns. Other batteries were clustered thickly round the two arms of land which encircle the outer harbour. In this outer harbour near the mole were moored three heavily-armed anti-aircraft ships, guarding the battle cruiser. Even if an aircraft suceeded in penetrating these formidable defences, it would be almost impossible, after delivering a lowlevel attack, to avoid crashing into the rising ground beyond. This was well known to Flying Officer Campbell who, despising the heavy odds, went cheerfully and resolutely to the task. He ran the gauntlet of the defences. Coming in almost at sea level, he passed the anti-aircraft ships at less than mast-height in the very mouths of their guns, and skimming over the mole launched a torpedo at point-blank range. The battle cruiser was severely damaged below the water-line and was obliged to return to the dock whence she had come only the day before. By pressing home his attack at close quarters in the face of a withering fire on a course fraught with extreme peril, Flying Officer Campbell displayed valour of the highest order.