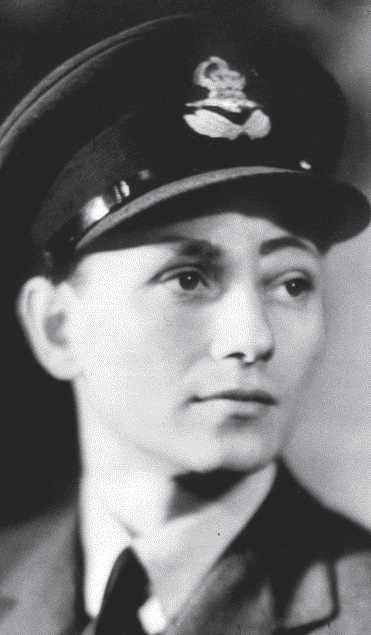 After a period of consolidation following the Invasion of North Africa on 8 November 1942 (see F T Peters VC above), the Allies began to advance east, seeking to gain control of Tunisia and capture the port cities of Tunis and Bizerta, both of which were attacked from the air. By the end of the month the Allies were within fifteen miles of Tunis when the Germans counterattacked. There was fighting in the Tebourba Gap from 1 December (see H W Le Patourel VC below). On 4 December nine Bristol Bisley (Blenheim) light bombers attacked the airfield ten miles north of Chouigui, which is north-west of Tebourba. All were shot down by a force of fifty or sixty Messerschmitts, though three crashed within Allied lines and the crews were rescued.

This officer commanded a squadron of light bombers in North Africa. Throughout his service in that theatre his leadership, skill and daring were of the highest order. On 17th November, 1942, he was detailed to carry out a low-level formation attack on Bizerta airfield, taking advantage of cloud cover. Twenty miles from the target the sky became clear, but Wing Commander Malcolm carried on, knowing well the danger of proceeding without a fighter escort. Despite fierce opposition, all bombs were dropped within the airfield perimeter. A Junkers 52 and a Messerschmitt 109 were shot down; many dispersed enemy aircraft were raked with machine-gun fire. Weather conditions became extremely unfavourable and as a result, two of his aircraft were lost by collision; another was forced down by enemy fighters. It was due to this officer’s skilful and resolute leadership that the remaining aircraft returned safely to base. On 28th November, 1942, he again led his squadron against Bizerta airfield which was bombed from a low altitude. The airfield on this occasion was heavily defended and intense and accurate anti-aircraft fire was met. Nevertheless, after his squadron had released their bombs, Wing Commander Malcolm led them back again and again to attack the airfield with machine-gun fire. These were typical of every sortie undertaken by this gallant officer; each attack was pressed to an effective conclusion however difficult the task and however formidable the opposition. Finally, on 4th December, 1942, Wing Commander Malcolm, having been detailed to give close support to the First Army, received an urgent request to attack an enemy fighter airfield near Chouigui. Wing Commander Malcolm knew that to attack such an objective without a fighter escort - which could not be arranged in the time available - would be to court almost certain disaster; but believing the attack to be necessary for the success of the Army’s operations, his duty was clear. He decided to attack. He took off with his squadron and reached the target unmolested, but when he had successfully attacked it, his squadron was intercepted by an overwhelming force of enemy fighters. Wing Commander Malcolm fought back, controlling his hard-pressed squadron and attempting to maintain formation. One by one his aircraft were shot down until only his own aircraft remained. In the end he, too, was shot down in flames. Wing Commander Malcolm’s last exploit was the finest example of the valour and unswerving devotion to duty which he constantly displayed.