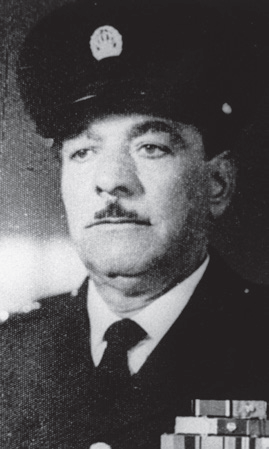 After the Great War, the area west of the River Jordan had been included in the grant of a League of Nations’ Mandate to Britain for Palestine but was administered separately from that territory. In 1921 the Hashemite Prince Abdullah had established himself as Emir of Trans-Jordan and in 1928 the British recognized his nominal independence but kept control of financial and foreign policy. Trans-Jordan achieved full independence in 1948. The TransJordan Frontier Force had been created in 1926 and was responsible to the British High Commissioner for Palestine in Jerusalem. For a further award to a member of it, see Yousef Hussein Ali Bey GC.

The KING has been graciously pleased to approve of the Award of the Medal of the Military Division of the Most Excellent Order of the British Empire to the undermentioned:– For Gallantry. Rais Rachid Abdul Fattah, Trans-Jordan Frontier Force. At dusk on the 1st March, 1938, this officer was ordered to make a dismounted attack with his troop on a strongly-held village. The attack involved house-to-house fighting under heavy fire, and Rais Rachid Abdul Fattah, by his exceptional qualities of leadership and coolness, succeeded in capturing the village. Later, on the 4th March, the same officer with his troop, advanced to attack another village. He was heavily fired on, but by exceptional resource and bold leadership, was able to seize a hill close to the village. The success of these two actions with such a small detachment was entirely due to this officer’s outstanding example, tactical skill, leadership and courage. He has on many previous occasions shown gallant and courageous conduct when leading troops against armed bands