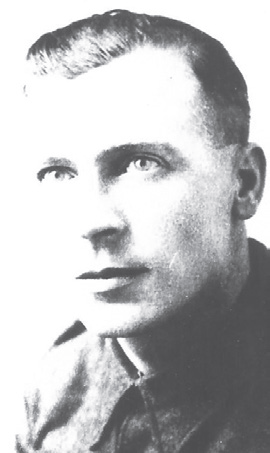 Following the breakdown of order in China after the overthrow of the Manchu Dynasty, several Western powers, including Britain, maintained garrisons on the Chinese coast. The British who had extensive commercial interests in the Yangtze Valley also maintained an armed flotilla on the river. Lance Sergeant T E Alder and a small unit of Green Howards embarked on the SS Wuhu at Hankow on 14 November 1930 and the following day sailed north past Shanghai and up the Yangtze where they were fired on by Communist forces. On 16 November they went to the assistance of the SS Kiatung, which had run aground. Boarding the ship they defended it against the Communists until it could be towed off the sandbank and sailed back down river.

The KING has been graciously pleased to approve of the Award of the Medal of the Military Division of the Most Excellent Order of the British Empire to the undermentioned:– For Gallantry. No. 4384271 Lance-Sergeant Thomas Edward Alder, 2nd Battalion, The Green Howards. On the 14th November, 1930, Lance-Sergeant Alder, of the 2nd Battalion, The Green Howards, in charge of a party of three other ranks of that Regiment, and employed in antipiracy duties on board the S.S. “Siangtan,” on the Yangtse Kiang River, arrived at Hankow, and immediately embarked on the S.S. “Wuhu.” On the 15th and 16th November, whilst proceeding up river, their ship was fired upon by Communists with guns and rifles on no less than four occasions. The fire was returned and a number of casualties was observed. At 4.30 p.m. on the 16th, Lance-Sergeant Alder and his party left the S.S. “Wuhu” in order to proceed to the assistance of the S.S. “Kiatung” (which had run ashore and was being attacked by Communists in sampans). They proceeded 2½ miles up river in an open sampan under rifle fire the whole time from both banks. Having arrived at the S.S. “Kiatung,” they boarded this vessel and disposed themselves for its defence. During the whole time they were on the S.S. “Kiatung” until the S.S. “Kian” arrived to their assistance at 12.30 p.m. on the 17th November, Lance-Sergeant Alder and his men were exposed to rifle and gun fire from both sides of the river: at that time they had only 43 rounds of small arm ammunition left between them. Eventually the S.S. “Kiatung” was towed off the sandbank, and the party of Green Howards returned in her to Ichang, arriving there on the 19th November; during the return down river the S.S. “Kiatung” was again fired upon on several occasions.