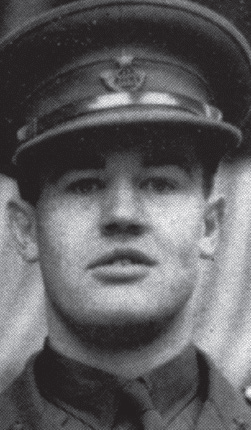 As the German invasion of the Low Countries progressed, the River Dyle, flowing north through Louvain, formed an Allied defensive line east of Brussels. 2nd Division manned the section from south of Rhode St Agathe to Wavre. Second Lieutenant R W Annand distinguished himself in resisting German attacks here on the night of 15-16 May 1940 and was awarded the VC for his gallantry. However, the German advance through the Ardennes to the South threatened to turn the Allied flank and on the night of the 16th a withdrawal was ordered to the line of the Scheldt.

For most conspicuous gallantry on the 15th-16th May 1940, when the platoon under his command was on the south side of the River Dyle, astride a blown bridge. During the night a strong attack was beaten off, but about 11 a.m. the enemy again launched a violent attack and pushed forward a bridging party into the sunken bottom of the river. Second Lieutenant Annand attacked this party, but when ammunition ran out he went forward himself over open ground, with total disregard for enemy mortar and machine-gun fire. Reaching the top of the bridge, he drove out the party below, inflicting over twenty casualties with hand grenades. Having been wounded he rejoined his platoon, had his wound dressed, and then carried on in command. During the evening another attack was launched and again Second Lieutenant Annand went forward with hand grenades and inflicted heavy casualties on the enemy. When the order to withdraw was received, he withdrew his platoon, but learning on the way back that his batman was wounded and had been left behind, he returned at once to the former position and brought him back in a wheelbarrow, before losing consciousness as the result of wounds.