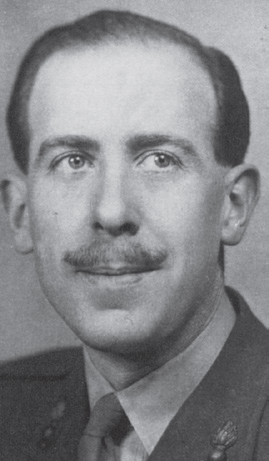 From June 1940 the Luftwaffe began to attack British ports and industrial cities. Acting Lieutenant B S T Archer, Royal Engineers, commanded No 104 Bomb Disposal Section deployed in South Wales. He was awarded the GC for his gallantry in defusing bombs over a four-month period. The actions are detailed in the Recommendation given below the Citation. The locations include RAF St Athan between Llantwit Major and Barry, southwest of Cardiff; Moulton, north-east of Barry, and the BP Oil refinery at Llandarcy, south of Skewen between Neath and Swansea

The KING has been graciously pleased to approve the award of the GEORGE CROSS in recognition of most conspicuous gallantry in carrying out hazardous work in a very brave manner, to:– Second-Lieutenant (Acting Lieutenant) Bertram Stuart Trevelyan Archer (126305), Corps of Royal Engineers. (The London Gazette of 30 September 1941, Numb. 35292, p. 5653) RECOMMENDATION THE GEORGE CROSS Second-Lieutenant (Acting-Lieutenant) Bertram Stuart Trevelyan ARCHER (126305), Corps of Royal Engineers. Lieutenant Archer has been employed on bomb disposal work since June 1940, and has dealt with some two hundred bombs, in addition to the incidents mentioned below. He provided the War Office with numbers 17, 25, 26, 38 and 50 fuzes and Zus anti-handling device for experiment, at a time when little was known about the nature of German fuzes. On the 15th July 1940, four 250 kilogram bombs were dropped on St. Athan aerodrome, South Wales, two of them within ten yards of some vitally important assembly sheds. Lieutenant Archer immediately went to the scene and the first bomb was excavated. As its fuze was expected to be a booby trap, it was loaded, with the fuze still in, on to a lorry; Lieutenant Archer himself drove the lorry to a site some two miles away and the bomb was detonated. The other bomb was dealt with in the same way. On the 17th August 1940, at Moulton, South Wales, a 250 kilogram bomb was excavated down to the fuze pocket, which contained a number 50 fuze. As this fuze was required for War Office experiments, an attempt was made to extract it by means of a cord and, when this failed, Lieutenant Archer removed it by hand by means of a pick head; although well aware that the fuze might be a booby trap. On the 27th August, 1940, at Port Talbot Docks, this officer was instrumental in recovering the first No. 38 fuze for experimental purposes. On the 2nd September 1940, a vast fire was started in six oil tanks after a heavy raid on the National Oil Refineries at Skewen, near Swansea. There were unexploded bombs in and around the oil tank farm and Lieutenant Archer and his party went to work some eight hours after the raid. In spite of the fact that three bombs exploded, he and his men remained working. One 250 kilogram bomb had fallen two feet from the side of an oil tank and when uncovered was found to contain a number 17 fuze, which was ticking. Lieutenant Archer was able to remove the filler cap, scrape away the explosive and remove the whole fuze pocket, which had sheared. As the fuze was required for experiment he removed it by hand from the exploder tube and found inside a Zus anti-handling device which had not functioned and this too he removed by hand. This was apparently the first Zus to be successfully extricated. In addition to the above incidents, Lieutenant Archer has on three occasions driven lorries containing bombs with number 17 fuzes in order to remove them from sites. The Inspector of Fortifications and Director of Bomb Disposal, states that the fact that Lieutenant Archer has enjoyed such remarkable immunity from death in no way detracts from his record of deliberate and sustained courage, coupled with devotion to duty of the highest order.