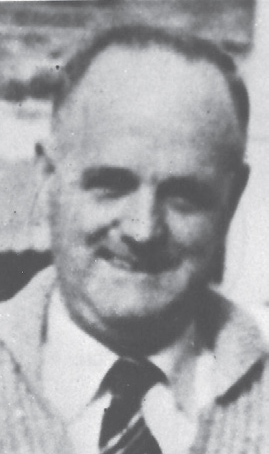 On 11 February 1957 the steam brake aboard a freight train from Buxton to Warrington failed short of Dove Holes. The driver, J Axon, instructed his fireman, Ron Scanlon, to jump clear and apply as many wagon brakes as possible. He managed to alert the signalman at Dove Holes and remained with the train, struggling to regain control, as it raced downhill towards Chapel-en-le-Frith South station, where it ran into the back of another freight train, killing both Axon and Frank Creamer, the guard on the other train.

The QUEEN has been graciously pleased to make the undermentioned award:- GEORGE CROSS. John Axon (deceased), Locomotive Driver, London Midland Region, British Railways. (Stockport.) Mr. Axon was in charge of a train of over 500 tons of freight which was running at 15 m.p.h. on the London Midland Region line from Buxton towards Chapel-en-le-Frith. He was preparing to stop the train before descending a steep gradient when, with a deafening noise, the steam pipe feeding the brake suddenly fractured. This not only destroyed the braking system but filled the driving cab with blinding, scalding steam which was discharged at a very high pressure directly at the feet of Axon, who was badly burned. He could have abandoned his engine and saved his life but, realising the danger of a runaway, he remained at his post and, with great bravery and determination, endeavoured to get the train under control. With the aid of his fireman the regulator was closed and the handbrake applied but the train, which was by now descending the gradient, could not be stopped. Driver Axon then ordered his fireman to jump clear and to apply as many wagon brakes as possible. In spite of this prompt action the train gathered speed. Nevertheless, Axon stayed on the engine, although steam and boiling water were still pouring into the cab making conditions almost unbearable. He waved a warning to a signalman that the train was running away and remained at his post in the hope of regaining control when a more favourable gradient should be reached. Before this occurred the runaway train overtook another freight train travelling in the same direction and in the resulting smash Axon was killed. Driver Axon displayed devotion to duty, fortitude and outstanding courage in highly dangerous and alarming conditions. He gave his life in an attempt to prevent a collision.