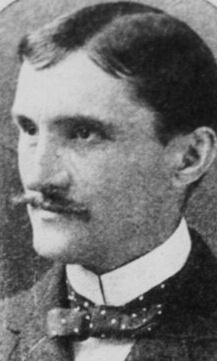 In an effort to relieve Ladysmith, on 15 December 1899 Sir Redvers Buller VC, with over 15,000 troops and 44 guns, sought to cross the Tugela river at Colenso and march on the besieged town from the south. His way was blocked by Louis Botha and 4,000 Boers with five guns, not only in trenches on the far side of the river but, unknown to Buller, on Hlangwane mountain on his right flank. The attack failed. On the left flank, Major General Hart and the Irish Brigade were soon pinned down, while in the centre Lieutenant General Hildyard and Major General Barton fared little better. Buller decided on withdrawal. The twelve field guns and six naval guns, commanded by Colonel C J Long, were dangerously exposed, many of the gunners being forced to retire to a donga (a narrow, steep-sided gully) for shelter. Lieutenant Ogilvy RN succeeded in bringing the naval guns back and Buller was loath to abandon the field guns. Captains H N Schofield and W N Congreve, and Lieutenant F H S Roberts (the son of Lord Roberts VC) were ordered to help retrieve them. They succeeded in limbering up one gun. Schofield then helped remove another gun. In this, they were assisted by Private G A Ravenhill of the 2nd Battalion Royal Scots Fusiliers and Corporal G E Nurse of the 66th Battery RFA. Lieutenant Roberts, meanwhile, had been seriously wounded and Congreve, though himself shot in the leg, went out with Major W Babtie of the RAMC to rescue him. Unfortunately, Roberts died of his wounds two days later. Babtie had already distinguished himself by tending to wounded artillerymen under heavy fire. Only the two guns were saved, though a gallant attempt was made by Captain H L Reed of the 7th Battery, RFA, to retrieve others. The battle cost the British over 1,000 casualties as against 40 suffered by the Boers.

At Colenso, on the 15th December, 1899, the wounded of the 14th and 66th Batteries, Royal Field Artillery, were lying in an advanced donga close in the rear of the guns without any Medical Officer to attend to them, and when a message was sent back asking for assistance, Major W. Babtie, R A.M.C., rode up under a heavy rifle fire, his pony being hit three times. When he arrived at the donga, where the wounded were lying in sheltered corners, he attended to them all, going from place to place exposed to the heavy rifle fire which greeted anyone who showed himself. Later on in the day, Major Babtie went out with Captain Congreve to bring in Lieutenant Roberts, who was lying wounded on the veldt. This also was under a heavy fire.