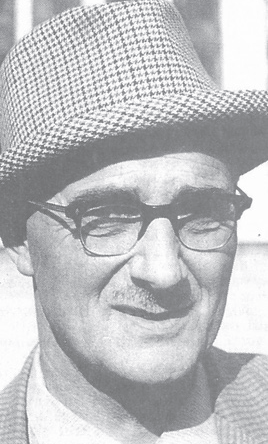 Bramble Island is a peninsula on the Essex coast, south-east of Great Oakley, between Harwich and Walton-on-the-Naze, and was the site of a munitions works. Of the three men who distinguished themselves by their gallantry during the explosion there on 20 November 1942, only W C G Baldwin lived long enough for his EM to be converted to the GC.

The KING has been graciously pleased to award the Edward Medal to Wilson Charles Geoffrey Baldwin, William Sallows and Frank Henry Wheeler in recognition of their gallantry in the following circumstances:– On the 20th November, 1942, a violent explosion occurred in a building in which explosives were being mixed, and resulted in the immediate death of the two occupants of the building, the complete destruction of the building itself, and considerable damage to adjacent structures. In one of these, a Nitrating House, a charge of 1,800 lbs. of nitro-glycerine was in the pre-wash tank, and another nitration was about half completed. Although the building became filled with fumes and steam, the operator, Mr. Wheeler, and his assistant, Mr. Sallows, remained at their posts and took prompt steps to control the nitration and render the explosion harmless. They were assisted in this by Dr. Baldwin, the Assistant Works Manager, who arrived on the scene shortly after the explosion. He noticed that about three square feet of wood above the pre-wash tank were smouldering vigorously and throwing off sparks. With Mr. Wheeler’s assistance he extinguished this very dangerous outbreak. The danger which these three men averted was a very real one since there is little doubt that if the necessary steps had not been taken, an explosion in the building would have occurred and that such an explosion occurring a few minutes after the first one when many workers had left their buildings and were in the neighbourhood would have caused a great number of casualties. All three men could probably have saved their lives by running, but they can have been under no illusion as to the danger they were in. They acted promptly and courageously, and without thought of their own safety in circumstances of considerable danger.