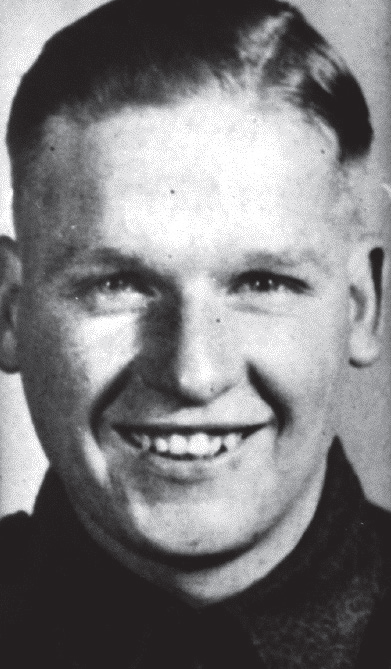 On 20th September, 1944, during the battle of Arnhem, Lance-Sergeant Baskeyfield was the N.C.O. in charge of a 6-pounder anti-tank gun at Oosterbeek. The enemy developed a major attack on this sector with infantry, tanks and self-propelled guns with the obvious intent to break into and overrun the Battalion position. During the early stage of the action the crew commanded by this N.C.O. was responsible for the destruction of two Tiger tanks and at least one self-propelled gun, thanks to the coolness and daring of this N.C.O., who, with complete disregard for his own safety, allowed each tank to come well within 100 yards of his gun before opening fire. In the course of this preliminary engagement Lance-Sergeant Baskeyfield was badly wounded in the leg and the remainder of his crew were either killed or badly wounded. During the brief respite after this engagement Lance-Sergeant Baskeyfield refused to be carried to the Regimental Aid Post and spent his time attending to his gun and shouting encouragement to his comrades in neighbouring trenches. After a short interval the enemy renewed the attack with even greater ferocity than before, under cover of intense mortar and shell fire. Manning his gun quite alone Lance-Sergeant Baskeyfield continued to fire round after round at the enemy until his gun was put out of action. By this time his activity was the main factor in keeping the enemy tanks at bay. The fact that the surviving men in his vicinity were held together and kept in action was undoubtedly due to his magnificent example and outstanding courage. Time after time enemy attacks were launched and driven off. Finally, when his gun was knocked out, Lance-Sergeant Baskeyfield crawled, under intense enemy fire, to another 6-pounder gun nearby, the crew of which had been killed, and proceeded to man it single-handed. With this gun he engaged an enemy self-propelled gun which was approaching to attack. Another soldier crawled across the open ground to assist him but was killed almost at once. Lance-Sergeant Baskeyfield succeeded in firing two rounds at the self-propelled gun, scoring one direct hit which rendered it ineffective. Whilst preparing to fire a third shot, however, he was killed by a shell from a supporting enemy tank. The superb gallantry of this N.C.O. is beyond praise. During the remaining days at Arnhem stories of his valour were a constant inspiration to all ranks. He spurned danger, ignored pain and, by his supreme fighting spirit, infected all who witnessed his conduct with the same aggressiveness and dogged devotion to duty which characterised his actions throughout.