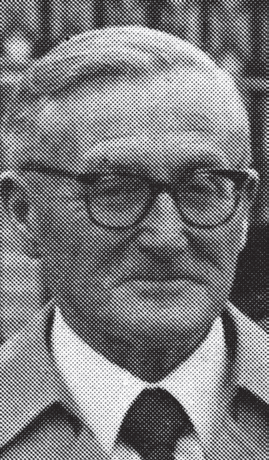 On 8 July 1941 at the Standard Motor Works, Coventry, W F Baxter rescued W J Ross, who had become trapped on the jib of a crane over 100 feet above the ground. During the war, in addition to cars, Standard also manufactured the De Havilland Mosquito and other military hardware.

The KING has been graciously pleased to award the Edward Medal to William Frederick Baxter, in recognition of his gallantry in the following circumstances:– On the 8th July, 1941, an incident occurred in the Service Department of the Standard Motor Co. Ltd., Coventry, in which an employee of the firm, named Ross, was trapped by the arms between the rope and pulley at the end of a 130 feet long lattice work jib of a crane, so that he was in imminent danger of bleeding to death or falling a distance of 110 feet to the ground. Baxter, another employee of the firm, after obtaining a rope and some first-aid dressings, climbed to the top of the jib where he lashed the man more securely, applied dressings and a tourniquet to his injuries and stayed with him for an hour until a rescue was effected by the Fire Brigade. Baxter displayed great initiative and intelligence in collecting first-aid equipment and his action in applying the dressings and tourniquet in such a perilous position was one of great gallantry. There is little doubt that but for his action Ross would have died either through loss of blood or by falling from the end of the crane to the ground.