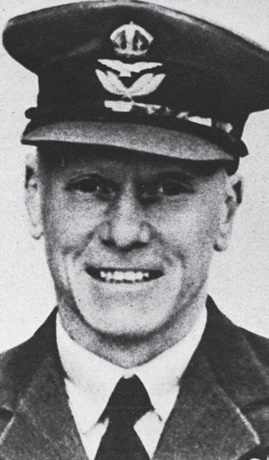 Lübeck is on the River Trave in Holstein where it flows into the sea and was an important German Baltic port.

On the 20th August, 1946, German high explosive aircraft bombs were being loaded into vessels at Lubeck for disposal at sea, and two train loads of bombs, weighing approximately 1,100 tons, were drawn into the quay side. Loading into barges was in progress, when a 50 kilogram bomb, fitted with a “tel” fuse, was accidentally dropped a distance of about four feet by the German loading party. The bomb, which was one of a batch of twelve similar bombs being handled at the time, exploded, killing 6 persons and injuring twelve. There was grave danger that one or more of the eleven bombs immediately involved would also detonate and that bombs of a similar construction would function and thus blow up the trains. As a result grave apprehension was felt for the safety of the port. There was nothing to guide a bomb disposal party as to the cause of the detonation of what should have been a harmless bomb. Squadron Leader Dinwoodie was sent at once to Lubeck, to report on the situation and, if possible, to clear the dangerous missiles. He found, on starting his hazardous work, that the eleven bombs were of an experimental type, fitted with a special shock-sensitive, electrically- operated fuse. Corporal Garred was detailed to assist Squadron Leader Dinwoodie to deal with these bombs and to take action to safeguard the munitions trains. Despite the very considerable risk involved, Squadron Leader Dinwoodie and Coporal Garred proceeded to defuse one of the bombs in an attempt to discover the cause of the explosion. They found that the accident was due to defective German workmanship or design and that, in several of the bombs, the fusing device had already moved, rendering the bombs dangerous. All the work on the shock-sensitive, electrically-operated fuses, already damaged in the previous explosion, took place in an atmosphere of tension caused by lack of knowledge about the cause of the accident and uncertainty as to whether the action of defusing the bombs would not, in itself, cause a detonation. Also, in view of the length of time these bombs had been in storage, the state of the main filling was not above suspicion and sensitive exudation products might have formed around the main tube. Had this been the case, the removal of the tube could, by itself, have caused detonation. With extreme care, Squadron Leader Dinwoodie, assisted by Corporal Garred, rendered the eleven bombs safe. From the information obtained by them, it was possible to minimise the danger and clear the trains. The docks at Lubeck are situated in the centre of the town, therefore the explosion of the contents of the trains would inevitably have wrecked the whole area and caused many casualties. Throughout the operation, Squadron Leader Dinwoodie displayed cold blooded heroism and initiative in extremely critical circumstances. He was ably assisted by Corporal Garred who showed courage and devotion to duty of a very high order. Although both were aware that they were in great personal danger, they completed a task which probably averted a serious disaster to the port of Lubeck. Leading Aircraftman Hatton was detailed to assist Squadron Leader Dinwoodie as motor transport driver during this operation. From the night of 20th August, 1946, until the clearance of the bombs was effected, he performed his duties efficiently and carefully with the full knowledge that he was working by the side of munitions trains in a hazardous condition and adjacent to eleven bombs which were shock-sensitive. When it became necessary to move a damaged railwagon, still loaded with the remainder of the bombs, Leading Aircraftman Hatton towed it very carefully along the dock side, until it was manoeuvred into the desired position. During the whole of the operation, he was a member of the Bomb Disposal Party, operating within the danger area. Whenever assistance was required to move the bombs, he was always at hand. In the final operation, Leading Aircraftman Hatton, alone, assisted his Bomb Disposal Officer (Squadron Leader Dinwoodie) to transport the bombs to the demolition site and, although a Driver M.T., did his share of the work involved in blowing them up. During the four days required to complete the work, he and his vehicle were always in complete readiness, the latter loaded with the appropriate stores and in perfect mechanical condition. As the successful clearance of these highly dangerous munitions depended upon very exact movements and perfectly timed teamwork, this airman by his efficiency, courage and devotion to duty, contributed greatly to the success of the operation. During the past year, Squadron Leader Dinwoodie and Corporal Garred have frequently shown outstanding gallantry in handling and defusing dangerous bombs. Squadron Leader Dinwoodie has been responsible for clearing and organising the demolition of very large dumps of German bombs, many of which were in a very unsafe condition. (Garred awarded the G.M., Hatton awarded B.E.M. (Mil.Div.))