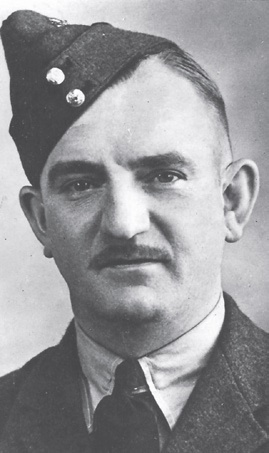 Malta was deemed indefensible against an enemy landing, the British Royal Navy Mediterranean Fleet was relocated to Alexandria, Egypt in Oct 1939 to remove them from Italian aircraft threat, thus depriving the small island (about 260 square kilometers or about 100 square miles) most of its naval defense. Within hours of Italy's entry into the European War bombs began falling on Malta, but no landings were planned until Malta was proven to be effective as a base for Allied operations against Axis shipping between Southern Europe and the battles in North Africa. As the British increased the efforts to bring men, aircraft, and supplies to Malta, the Germans and the Italians also allocated more resources against supply convoys and the island itself, resulting in the long running and costly, for both sides, Malta campaign. By the time the Desert War was nearing an end, the siege of Malta was effectively over. The Germans and the Italians flew a total of 3,000 bombing raids in the two-year span, making the small island unofficially the most bombed place in the world. For gallantry during the siege, the people of the island was collectively awarded the George Cross on 15 Apr 1942 "to bear witness to a heroism and devotion that will long be famous in history". Upon the conclusion of the Desert War, Malta became a staging point for the invasion of Southern Europe, namely Sicily and then the Italian mainland.

The King has been graciously pleased to approve the posthumous award of the GEORGE CROSS to:– During a period of fierce enemy air attacks on Malta, Leading Aircraftman Osborne has displayed unsurpassed courage and devotion to duty. In circumstances of the greatest danger he was always first at hand to deal with emergencies, whether in fire fighting operations or rescue work. The following are examples of his promptitude and gallantry:- Rendered safe the torpedo of a burning torpedo aircraft, working 3 feet from the main petrol tank for ten minutes. Extinguished a burning aircraft during a heavy bombing attack. Attempted to save a burning aircraft and subsequently removed torpedos from the vicinity. Assisted in saving the pilot of a burning aircraft and extinguishing the fire. Saved an aircraft from destruction by fire. Attempted for six hours to extricate airmen from a bombed shelter, despite continued heavy bombing and danger from falling stone-work. Fought fires in two aircraft, his efforts resulting in the saving of one. Freed the parachute of a burning flare caught in an aircraft, enabling the pilot to taxy clear. Checked the fire in a burning aircraft, the greater part of which was undamaged. The last three incidents occurred on the same day. Leading Aircraftman Osborne was unfortunately killed on 2nd April, 1942. During an intense air attack he led a party to extinguish the flames of a burning aircraft. A petrol tank exploded and he was injured and affected by the fumes. On recovery, he returned to fight the fire and was killed by the explosion of an air vessel while attempting to pour water over torpedoes which were in danger of exploding. This airman’s fearless courage and great leadership on all occasions have been beyond praise. The Air Officer Commanding, Royal Air Force Mediterranean, has stated that he was “one of the bravest airmen it has been my privilege to meet”.