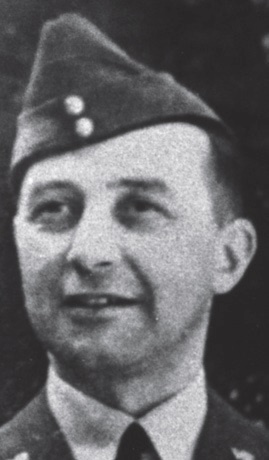 On 5 July 1941 HM Troopship Anselm was torpedoed in the Atlantic near the Canary Islands en route from the Clyde to Takoradi in the Gold Coast (now Ghana).

The KING has been graciously pleased to approve the posthumous award of the GEORGE CROSS to:– The Reverend Herbert Cecil Pugh, M.A. (Oxon.), Royal Air Force Volunteer Reserve (deceased). The Reverend H. C. Pugh, after seeing service in this country, was posted to Takoradi and embarked on H.M.T. Anselm, carrying over 1,300 passengers, for West Africa at the end of June, 1941. She was torpedoed in the Atlantic in the early hours of the 5th July, 1941. One torpedo hit a hold on Deck C, destroying the normal means of escape. Mr. Pugh came up on deck in a dressing gown and gave all the help he could. He seemed to be everywhere at once, doing his best to comfort the injured, helping with the boats and rafts (two of these were rendered unserviceable as a result of the explosion) and visiting the different lower sections where the men were quartered. When he learned that a number of injured airmen were trapped in the damaged hold, he insisted on being lowered into it with a rope. Everyone demurred because the hold was below the water line and already the decks were awash and to go down was to go to certain death. He simply explained that he must be where his men were. The deck level was already caving in and the hold was three parts full of water so that, when he knelt to pray, the water reached his shoulders. Within a few minutes the ship plunged and sank and Mr. Pugh was never seen again. He had every opportunity of saving his own life but, without regard to his own safety and in the best tradition of the Service and of a Christian Minister, he gave up his life for others.