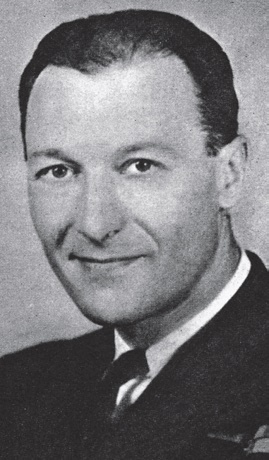 After the fall of Belgium Albert Guérisse, a doctor in the Belgian Army, escaped to England. Joining the Royal Navy under the name of Patrick O’Leary, a Canadian friend, he served in HMS Fidelity, a converted French merchantman but was captured by French coastguards in April 1941 after landing agents at Collioure on the Mediterranean coast just north of the Spanish border. Claiming to be a Canadian airman, he was imprisoned near Nîmes. There Captain Ian Garrow, Seaforth Highlanders, of the escape organization M19, made contact with him. While being moved to another French prison O’Leary escaped. With the help of Lieutenant T G Groome, Intelligence Corps, who acted as radio operator, and Louis H Nouveau, he took over and ran an escape organisation for Allied prisoners of war. By August 1941 the group had arranged the escape of 150 servicemen. For his work O’Leary was awarded the DSO. In March 1943 he and Groome were arrested. Despite being tortured O’Leary refused to give any information to the Germans and was sent to a succession of concentration camps, ending up at Dachau. By the end of the war O’Leary’s group had rescued over 600 British and American servicemen. For their work in the organization Groome was awarded the MBE and Nouveau the GM.

The KING has been graciously pleased to approve the award of the GEORGE CROSS to: Lieutenant-Commander Patrick Albert O’Leary, D.S.O., Royal Navy. Lieutenant-Commander O’Leary was captured by the French police during operations off the south coast of France in April, 1941. He escaped whilst en route to a French prison, and thereupon set up an organisation to help the escape of Allied prisoners of war and evaders. Through his skill and his sustained personal bravery, the organisation succeeded, between April and August, 1941, in getting away some 150 officers and men, many belonging to the Royal Air Force. At increased risk to himself, Lieutenant-Commander O’Leary was soon forced to expand his organisation, to help an ever-increasing number of evaders. To keep the members working at full pressure, and to inspire their confidence, he travelled frequently between the Dutch border and the south of France through numerous German controls, himself escorting numbers of escapers. If any question arose of hazard greater than usual, Lieutenant-Commander O’Leary carried out the work himself. In March, 1943, he was betrayed to the Gestapo by a member of his group. Arrested, he was put to many forms of torture in an attempt to make him reveal the names, whereabouts and duties of the other members. He was put in a refrigerator for four hours, he was beaten continually, but never did he disclose information which could be of profit to the enemy. After more ferocious experiments the Germans gave him up as hopeless, and sent him to a Concentration Camp where he was once again a victim of torture. He was a prisoner in Mauthausen, Natzweiler, Neubremm and finally Dachau. He nearly lost his life in the Neubremm quarries, where he was beaten insensible. Throughout his time in prison, Lieutenant-Commander O’Leary’s courage never faltered. Numbers of prisoners have given evidence that his moral and physical influence and support saved their lives. On his liberation from Dachau, Lieutenant-Commander O’Leary refused to leave the Camp, where he had been made “President” of all the prisoners (including some thousands of Russians), until he had ensured that all possible steps had been taken to ease the lot of his fellows. He was then given the opportunity to return to his family, but he insisted on proceeding to France, to trace the surviving members of his organisation, and to help them in any way he could. From the time of inception until the end of the war, Lieutenant-Commander O’Leary’s group was responsible for the rescue and successful return of over 600 British and American officers and men. It is now known that over 250 owe their safety directly to Lieutenant- Commander O’Leary, whose fortitude and determination matched every task and risk.