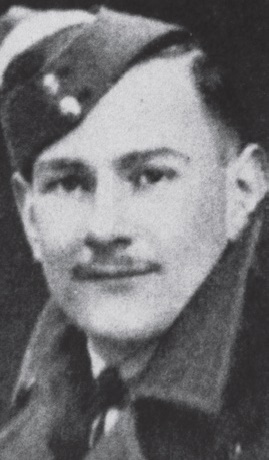 Following the crash of their aircraft in the Burmese jungle on 31 January 1945, Flight Sergeant S J Woodbridge and the other members of the crew were tortured by the enemy and subsequently executed. After the war, the Japanese soldiers responsible for the deaths of the six airmen were tried for murder and three were sentenced to death.

The KING has been graciously pleased to approve the award of the GEORGE CROSS to: 1393806 Flight Sergeant Stanley James Woodbridge (deceased), Royal Air Force Volunteer Reserve, No 159 Squadron. Flight Sergeant Woodbridge was a wireless operator in the crew of a Liberator aircraft which crashed in the jungle in Burma whilst engaged in an operation against the Japanese on 31st January, 1945. Together with five other members of the crew he was captured by the Japanese All six were subjected to torture at the hands of their captors in an endeavour to obtain information which would have been of use to the Japanese Intelligence Service Eventually the four non-commissioned officers were separated and conveyed by motor transport to a forest, where they were put to death by beheading. Three officers and three non-commissioned officers of the Imperial Japanese Army were subsequently brought to trial by a Military Court charged with the torture and murder of the four airmen, they were all found guilty Three were hanged and three sentenced to terms of rigorous imprisonment At the trial it was revealed that the Japanese concentrated their efforts on Flight Sergeant Woodbridge, the wireless operator, in an endeavour to obtain technical information regarding wireless equipment, secret codes, wavelengths, etc. A Japanese technical officer was detailed to make the interrogation and the services of two interpreters were engaged, but, in spite of repeated torture, including kicking, beating with belts and with a sword, Flight Sergeant Woodbridge steadfastly refused to reveal any information whatever. The final interrogation took place actually at the place of execution, when it was obvious to the unfortunate prisoner that he was to be put to death, even so he maintained his courageous attitude to the end, merely remarking that if the Japanese were going to kill him they should do it quickly After all efforts to make him speak, including further torture, were found to be fruitless this gallant non-commissioned officer was beheaded on 7th February, 1945 Flight Sergeant Woodbridge behaved throughout with supreme courage His fortitude, loyalty to his country and his complete disregard for his own safety, even unto death, constitute one of the highest examples of valour in the annals of the Royal Air Force