Born in January 1930 and brought up in Nottingham, Derek Kinne completed his National Service in 1950 and then volunteered for active service with the Northumberland Fusiliers in Korea from August 1950. He left the Army in 1953 and emigrated to Canada in 1956 where he worked in the construction industry. He moved to the USA in 1960 and set up his own laminating business in Tucson, Arizona where he lived for many years until his death on 6th February 2018. Derek Kinne was interested in all things and very proud of his English heritage in spite of becoming an American citizen. Derek married Anne and together they had two children and four grandchildren. Above all, Derek was the epitome of a family man. 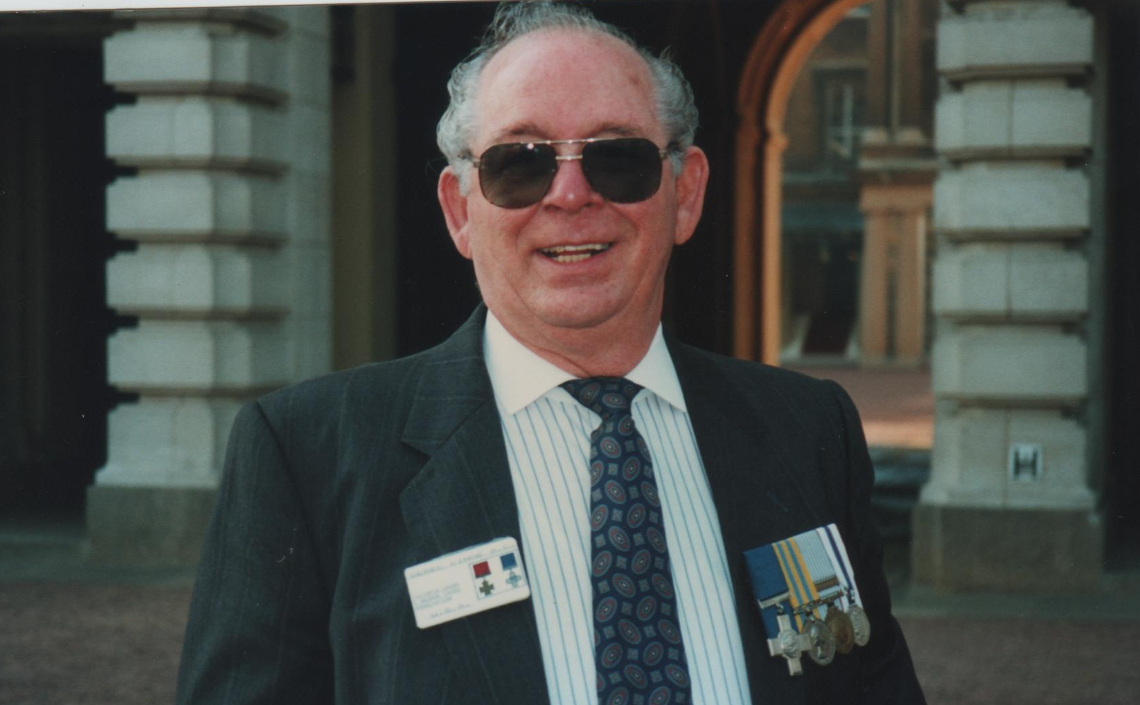 More details about: The Korean War

The North Korean invasion of South Korea was repulsed in the autumn of 1950 and in October the United Nations gave permission for its forces to follow those of South Korea north of the 38th Parallel, the formal dividing line between the two states. On 19 October they captured Pyongyang, the North Korean capital. Faced with the imminent collapse of the Communist regime in the north, China now intervened on its behalf. The United Nations and South Korean forces were driven out of North Korea and on 4 January 1951 the Chinese and North Koreans took the South Korean capital of Seoul. The Allies regrouped. On 14 March they recaptured Seoul and advanced to a line north of the 38th Parallel. Here on 22 April as part of their spring offensive, the Chinese and North Koreans attacked along the Imjin River in an attempt to break through south to Seoul. The full force of the Chinese 198th Division fell on the 1st Glosters. Though they were strongly opposed at Gloster Crossing they succeeded in fording the Imjin both there and at other unguarded places. On the left flank A Company of the Glosters fought to retain Castle Hill (Hill 148), south-west of Choksong, but on the 23rd were withdrawn south with other companies to Gloster Hill (Hill 235), west of Solma-ri. They were ordered to hold out there in order to protect the UN line even though it was evident they were likely to be surrounded. They were indeed soon cut off but gallantly held on until the morning of 25 April when they were divided into small groups in an attempt to make their way through Chinese lines. Only forty-one men reached UN lines. The rest were taken Prisoners of War.
During the Battle of the Imjin River the Royal Northumberland Fusiliers were in the line to the right of the Glosters. After the fall of Hill 235 a large number of Glosters were taken prisoner. During the fighting withdrawal of the Northumberland Fusiliers to the south, their Colonel was killed and a number of them suffered the same fate as the Glosters to the left of them in the line.

In August, 1950, fusilier Kinne volunteered for service in Korea. He joined the 1st Battalion, The Royal Northumberland Fusiliers, and was captured by Chinese Communist forces on the 25th April, 1951, the last day of the Imjin River battle. From then on he had only two objects in mind; firstly to escape, and secondly by his contempt for his captors and their behavior and his utter disregard for the treatment meted out to him, to raise the morale of his fellow-prisoners. The treatment which he received during his period of captivity is summarized in the succeeding paragraphs.

Fusilier Kinne escaped for the first time within 24 hours of capture but was retaken a few days later while attempting to regain our own lines. Eventually he rejoined a large group of prisoners being marched North to prison camps and, despite the hardships of this march, which lasted a month, rapidly emerged as a man of outstanding leadership and very high morale. His conduct was a fine example to all his fellow-prisoners.

In July, 1952, Fusilier Kinne, who was by now well known to his captors, was accused by them of being non-co-operative and was brutally interrogated about the other P.W who had unco-operative views. As a result of his refusal to inform on his comrades, and for striking back at a Chinese officer who assaulted him, he was twice severely beaten up and tied up for periods of 12 and 24 hours, being made to stand on tip-toe with a running noose round his neck which would throttle him if he attempted to relax in any way.

He escaped on 27th July but was recaptured two days later. He was again beaten up very severely, and placed in handcuffs (which could be and frequently were tightened so as to restrict circulation0, from which he was not released until 16th October, 1952, a period of 81 days.

He was accused of insincerity, a hostile attitude towards the Chinese, “sabotage” of compulsory political study, excape, and of being reactionary. From 15th to 20th August he was confined in a very small box cell, where he was made to sit ot attention all day, being periodically beaten, prodded with bayonets, kicked and spat upon by the guards, and denied any washing facilities.

On 20th August, 1952, he was made to stand to attention for seven hours and when he complained, was beaten by the Chinese guard commander with the butt of a submachine gun which eventually went off and killed the guard commander. For this Fusilier Kinne was beaten senseless with belts and bayonets, stripped of his clothes, and thrown into a dank, rat-infested hole until 19th September. He was frequently taken out and beaten, including once (on 16th September), with pieces of planking until he was unconscious.

On 16th October Fusilier Kinne was tried by a Chinese military court for escape and for being a reactionary and hostile to the Chinese, and was sentenced to twelve months solitary confinement. This was increased to eighteen months when he complained at his trial of denial of medical attention, including that for a severe double hernia which he had sustained in June 1952, while training to escape.

On the 5th December, 1952, he was transferred to a special penal company. His last award of solitary confinement was on 2nd June, 1953, when he was sentenced for defying Chinese orders and wearing a rosette in celebration of Coronation Day.

He was eventually exchanged at Panmunjon on 10th August, 1953. As late as 8th and 9th August he was threatened with on-repatriation for demanding an interview with the International Red Cross Representatives who were visiting Prisoner of War camps.

Fusilier Kinne was during the course of his periods of solitary confinement kept in no less than seven different places of imprisonment, including a security police gaol, under conditions of the most extreme degradation and increasing brutality. Every possible method both physical and mental was employed by his captors to break his spirit, a task which proved utterly beyond their powers. Latterly he must have been fully aware that every time he flaunted his captors and showed openly his detestation of themselves and their methods he was risking his life. He was in fact several times threatened with death or non-repatriation. Nevertheless he was always determined to show that he was prepared neither to be intimidated nor cowed by brutal treatment at the hands of a barbarous enemy.

His powers of resistance and his determination to oppose and fight the enemy to the maximum were beyond praise. His example was an inspiration to all ranks who came into contact with him.