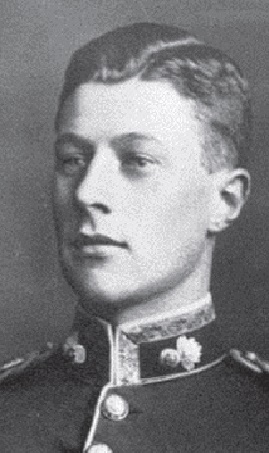 After the British declaration of war on Germany on 4 August 1914 a small but highly professional British Expeditionary Force (BEF), commanded by Field Marshal Sir John French, was dispatched across the Channel to assist the French and Belgians. It was deployed on the Allied line in the Mons area of Belgium by 20 August 1914, the day Brussels fell to the Germans. Three days later during the Battle of Mons on 23 August, the British II Corps, consisting of 72,000 men with 300 guns, under General Sir Horace Smith- Dorrien, held off the advance of a much larger German force along the line of the Mons-Condé Canal. However the French were being driven back on the BEF’s right flank and there followed the BEF’s fighting Retreat from Mons, 24-25 August. By 30 August the Germans had driven the British and French southwards across the River Aisne and by 2 September were within 25 miles of Paris. That day the French Government left the capital for Bordeaux to avoid the risk of capture. The BEF had reached the River Marne in good order and spirits, crossing on 3 September, and blowing up bridges behind it. This ended a withdrawal of 150 miles in 13 days. The final position of the BEF at the end of this long withdrawal, as ordered by Joffre late on 2 September, was to be a line south and south-east of Paris between Melun, north of the Forest of Fontainebleau, and Juvisy, near what was to become Paris-Orly Airport. In fact, Joffre had succeeded in concentrating his forces and the BEF in a manner fit for a counteroffensive against the equally exhausted but now overstretched and awkwardly disposed German 1st and 2nd Armies on the River Marne. By 4 September the Allies had regrouped and were ready to mount a counter-offensive. The Battle of the Marne or, as it was called by the French, ‘The Miracle of the Marne’ was fought between 5 and 9 September. The Allies succeeded in preventing the German attempt to encircle and capture Paris. By 9 September the French and British had driven the enemy back across the River Marne and the Germans, forced to retreat, withdrew to the River Aisne. The Battle of the Aisne swiftly followed. Infantry of British I Corps, commanded by General Sir Douglas Haig, advanced across the Aisne near Soissons on the 12th and near Compiègne on the 13th as did the French. Between Soissons and the feature to its east known as the Caverne du Dragon, lies the ridge carrying the road called the Chemin des Dames. British divisions sought to fight their way up to the crest of this ridge, with the French 5th Army on their right flank. However, by the 15th German resistance north of the River Aisne had stiffened, halting further Allied progress. A new phenomenon, trench warfare, was seen as both sides gritted their teeth and tenaciously defended their ground. The line froze into positions that would be held for the next three or more years. By 1 October, after a fortnight’s fighting, Haig commented: ‘In front of this Corps, and for many miles on either side, affairs have reached a deadlock, and no decision seems possible in this area.’ In northern France the Allied and German armies now began heading for the coast to try to turn each other’s flank and gain control of the Channel ports. Meanwhile on 10 October, following a fortnight’s long-range artillery bombardment, the Germans seized Antwerp in Belgium. Lille fell on the 13th, followed two days later by Ostend. However this had given the BEF time after the Battle of the Aisne to move northwards to Flanders. It was a neck and neck race with the enemy, up past Amiens and Arras. The Germans were in Ypres for a few days between 3 and 7 October. While the French and Belgians held the line from Ypres to the coast, the BEF entered Ypres on 13 October and together with French troops occupied it fully on the 14th. The BEF also took Bailleul, Aubers, Armentières, and Neuve Chapelle in the period 14-17 October. By 21 October both sides began digging trench systems in all these places as well. The Germans fought hard to dislodge the BEF, with attacks at Messines and Neuve Chapelle as well as in the Salient between Ypres and Messines. By mid-November a continuous line of trenches stretched some 450 miles from the sea across northern France to the Swiss Frontier. The fighting in the First Battle of Ypres, 18 October-20 November 1914, had resulted in heavy casualties, with killed, wounded and missing numbering about 130,000 Germans, 58,000 British including many of the original BEF, and 50,000 French. December ended with artillery duels along the whole front, including La Bassée. As the end of 1914 approached, about one-tenth of French territory and three-quarters of French heavy industry, together with most of Belgium, lay in German hands. However the Schlieffen Plan, based on Germany winning the war against France in the West in six weeks before taking on Russia, had failed. The creation of the trench system marked the end of a war of movement on the Western Front and the new strength of defending forces against attackers had become evident. It was clear that the war, rather than being over by Christmas as both sides had confidently predicted, might last for years.

Though two or three times badly wounded he continued to control the fire of his machine guns at Mons on 23rd August until all his men were shot. He died of his wounds.