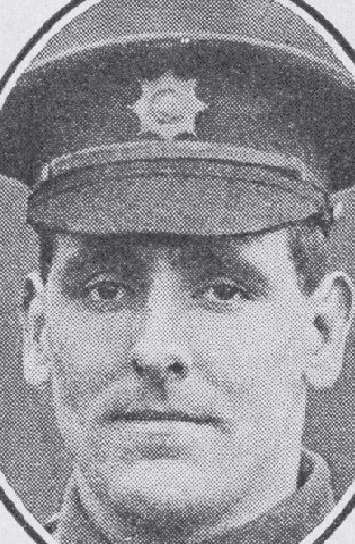 On the evening of 25 August 1914 men of the 4th Guards Brigade, I Corps, fought with German infantry for control of Landrecies, about seven miles east-north-east of Le Cateau- Cambrésis. Lance Corporal G H Wyatt distinguished himself in the fighting here and also on 1 September at Villers-Cotterêts on the Soissons-Paris road, fifty miles north-east of the capital, during the First Battle of the Marne.

For most conspicuous bravery and devotion to duty. At Landrecies, on the night of 25th-26th August, 1914, when a part of his Battalion was hotly engaged at the end of a street close to some farm buildings, the enemy, by means of incendiary bombs, set light to some straw stacks in the farmyard. Lance-Corporal Wyatt twice dashed out of the line under very heavy fire from the enemy, who were only 25 yards distant, and extinguished the burning straw. If the fire had spread it would have been quite impossible to have held our position. Also at Villa Cotteret, after being wounded in the head, Lance-Corporal Wyatt continued firing until he could no longer see owing to the blood which was pouring down his face. The Medical Officer bound up his wound and told him to go to the rear, but he at once returned to the firing-line and continued to fight.