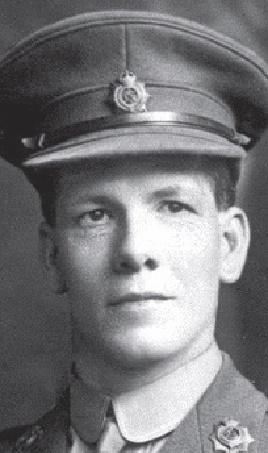 Faced with the stalemate which had developed on the Aisne, both the Allies and the Germans tried to outflank each other to the north. For the Germans, success would have given them control of the French Channel Ports. On 22 October 1914, in the fighting round Armentières, north-west of Lille, 1st Battalion The Cameronians (Scottish Rifles) were attacked by the Germans at La Boutillerie, south of the town. Private H May, with Lance Corporal J McCall and Private J Bell, tried to rescue Lance Corporal Lawton, who had been wounded, but Lawton was killed before they could save him. May and Bell then carried back Second Lieutenant D A H Graham, the platoon commander, who had been shot in the leg. After 300 yards, Bell himself was wounded. However, May managed to get both men to safety.

For most conspicuous bravery near La Boutillerie, on 22nd October, 1914, in voluntarily endeavouring to rescue, under very heavy fire, a wounded man, who was killed before he could save him, and subsequently, on the same day, in carrying a wounded Officer a distance of 300 yards into safety whilst exposed to very severe fire.