Born in London of 14 June 1931, Alf Lowe went to Watts Naval Training School in Norfolk at the age of 12, where he attained a scholarship. In January 1947, when he was fifteen and a half, Alf joined the Royal Navy at HMS Ganges. Here he excelled at all Seamanship subjects and, of two thousand students, Alf was one of only two who was made Boy Coxswain. In 1948, Alf, aged 17, was serving as a Boy First Class on HMS Illustrious, a fleet aircraft carrier. The ship had spent the summer months exercising in the English Channel and Western Approaches with other Alliance navies, training young pilots in take-off and landing procedures. HMS Illustrious was involved in The Portland Disaster which resulted in Alf’s award of the Albert Medal (later exchanged for the George Cross.) Alf was serving on HMS Concord during the Korean War, and although not involved with the original Inchon Landings, was involved in the Inchon naval operation later in the War. He was Mentioned in Despatches in 1952 for his intrepid action in dangerous waters. He, again, saw action at Chongjin Harbour the same year. Alf left the Navy in July 1959 and undertook at course in Salesmanship in Manchester. On completion, he embarked on a sales career. In 1963 he took his family to New Zealand. He settled in Milford on Auckland’s North Shore, and was employed in the flooring industry and marine-boatbuilding. He is now retired and lives in Bayswater, Auckland with his wife, Philippa. 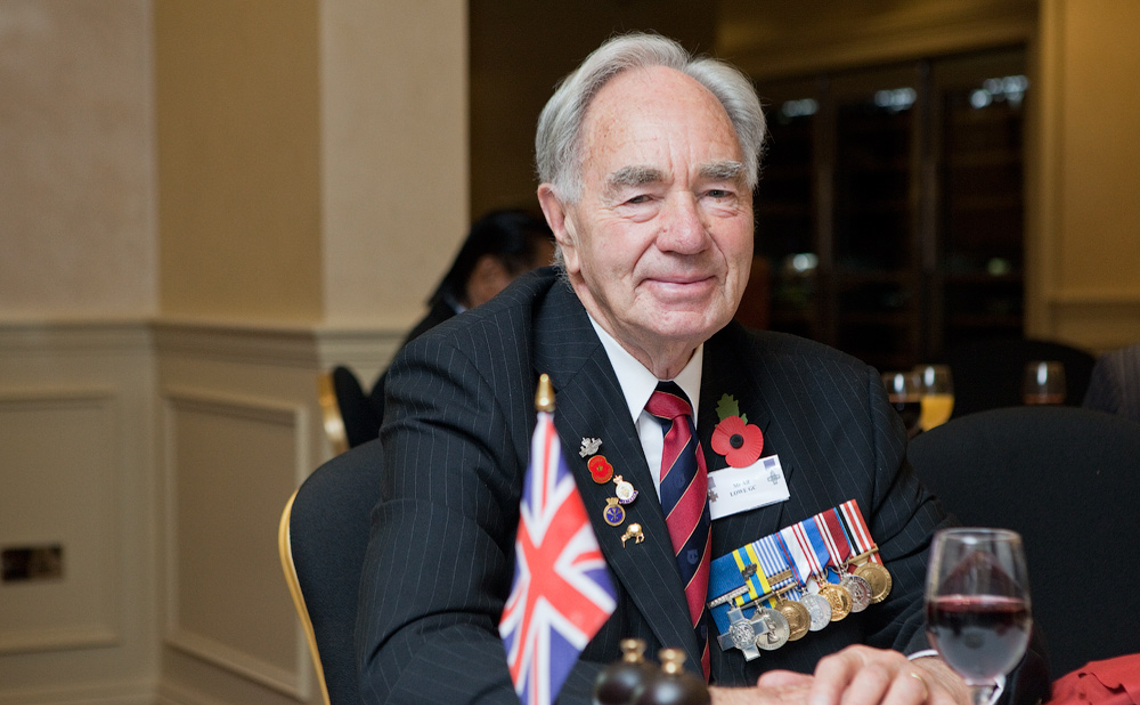 At 2245 hours on 17th October, 1948, a liberty boat returning from Weymouth Pier to H.M.S. Illustrious in Portland Harbour overturned and sank 50 to 100 yards from the ship's stern, with 51 men on board. Boy Lowe was trapped under the canopy, struggled free and surfaced. He saw a life-belt a short distance from him which had been thrown from H.M.S. Illustrious and swam to it. He then removed his overcoat and shoes and swam towards the ship. When he was under the stern a line was thrown to him. At this moment he heard a faint cry of "Help" and on looking round saw that a Midshipman who was about ten yards away, was in great difficulty.

He grabbed the line and swam to the Midshipman who was unconscious by the time he reached him. He endeavoured to turn him over to keep his head above water but found this impossible and still holding him was pulled to the ship's side. A fog buoy was then lowered and he managed to drag the Midshipman on to this and to hold on to him until a Petty Officer came down the rope to assist him. Together they secured the Midshipman who was then hoisted on board.

The accident took place in eight fathoms of water, in a rough sea with a strong wind blowing.

Although the Midshipman subsequently died, Boy Lowe acted with complete disregard for his own life in leaving his place of safety in an attempt to save him. His action in endangering his own life in this accident in which 29 men lost their lives was in accordance with the highest traditions of the Royal Navy.