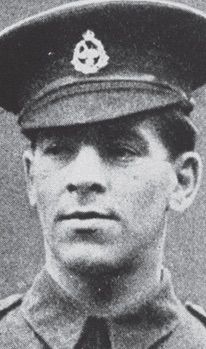 On the night of 1-2 November 1914, during the First Battle of Ypres, the Germans launched an assault near Le Gheer on the edge of Ploegsteert Wood, south of Messines. Drummer S J Bent, 1st Battalion The East Lancashire Regiment, took charge of his platoon when his superior officers had been killed or wounded, and repulsed the enemy attack. He had already distinguished himself at Le Gheer on 22 and 24 October by carrying ammunition under heavy fire to the trenches. On 3 November Bent rescued several wounded men. One, Private McNulty, he had to pull backwards for 25 yards, having lain on his back and hooked his feet under McNulty’s armpits, keeping under the line of German fire.

For conspicuous gallantry near Le Gheer on the night of the 1st-2nd November, when, after his Officer, Platoon Sergeant, and Section Commander had been struck down, he took command, and, with great presence of mind and coolness, succeeded in holding the position. Drummer Bent had previously distinguished himself on two occasions, 22nd and 24th October, by bringing up ammunition under a heavy shell and rifle fire, and again, on the 3rd November, when he brought into cover some wounded men who were lying exposed in the open.