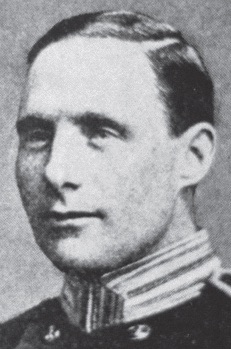 Germany had established a protectorate over East Africa (now Tanzania) in 1885. On the outbreak of war the Governor of the colony had declared his capital, Dar-es-Salaam, an open port and had sunk a floating dock in its harbour mouth. However, he continued to send supplies by sea to the Königsberg, a German warship which had taken refuge in the Rufiji Delta to the south. From there it had sailed out and on 20 September 1914 destroyed HMS Pegasus in Zanzibar harbour. The location of the Königsberg was discovered on 30 October and a plan was made to blockade it in the Rufiji Delta. Meanwhile, in early November a British invasion of German East Africa was repulsed at Tanga. On 28 November HMS Fox and HMS Goliath together with an armed auxiliary vessel Duplex, a former German cable ship, arrived at Dar-es-Salaam to disable German shipping in the harbour. The German Administrator was informed but refused to guarantee that no resistance would be offered. Only small vessels were able to enter the harbour and its creeks, so Commander H P Ritchie, the former gunnery officer and Second in Command of HMS Goliath, was given command of Duplex. He led the search in Goliath’s steam pinnace, which had been fitted with a Maxim gun. He was accompanied by Lieutenant Paterson of Goliath in the Helmuth, a former German tug, and Lieutenant E Corson of HMS Fox, in a steam cutter. No German sailors were evident in the harbour. Ritchie disabled the König and the Kaiser Wilhelm II. On the latter his suspicions were aroused by the discovery of loose ammunition and he lashed steel lighters to the pinnace to afford it protection. As he attempted to make his way back across the harbour heavy firing broke out. His coxswain, Petty Officer T J Clark, was hit and Ritchie took over the wheel; he himself was hit eight times in 20 minutes. When Ritchie fainted from loss of blood Clark was able to resume the wheel and reach the Goliath. Meanwhile the stoker on HMS Fox’s cutter had been mortally wounded and Lieutenant Corson had taken over his duties. Though much shipping had been put out of commission, the outbreak of firing had necessitated the abandonment of thirty-five officers and men, including a naval surgeon, Holtom, who was inspecting the Tabora, a supposed hospital ship, and Paterson’s demolition team which was still on the König. Ritchie was awarded the VC for his role in the action, Lieutenant Corson the Distinguished Service Cross and Petty Officer Clark the Conspicuous Gallantry Medal.