Born 30th August 1933 and brought up in Queensland, Australia Keith Payne VC AM worked as a cabinet maker before enlisting in the Australian Army in 1951. He served in Korea, Malaya and Papua New Guinea before his tour in Vietnam in 1969. On his return to Australia he became an Instructor at the Royal Military College at Duntroon. He retired from the Army in 1975 and later worked as a salesman before dedicating his life to fund-raising for Service charities and being a near full-time representative of the Returned Services League of Australia. He also works with those suffering from Post-Traumatic Stress Disorder. Keith is married to Flo and they have five sons and many grandchildren. 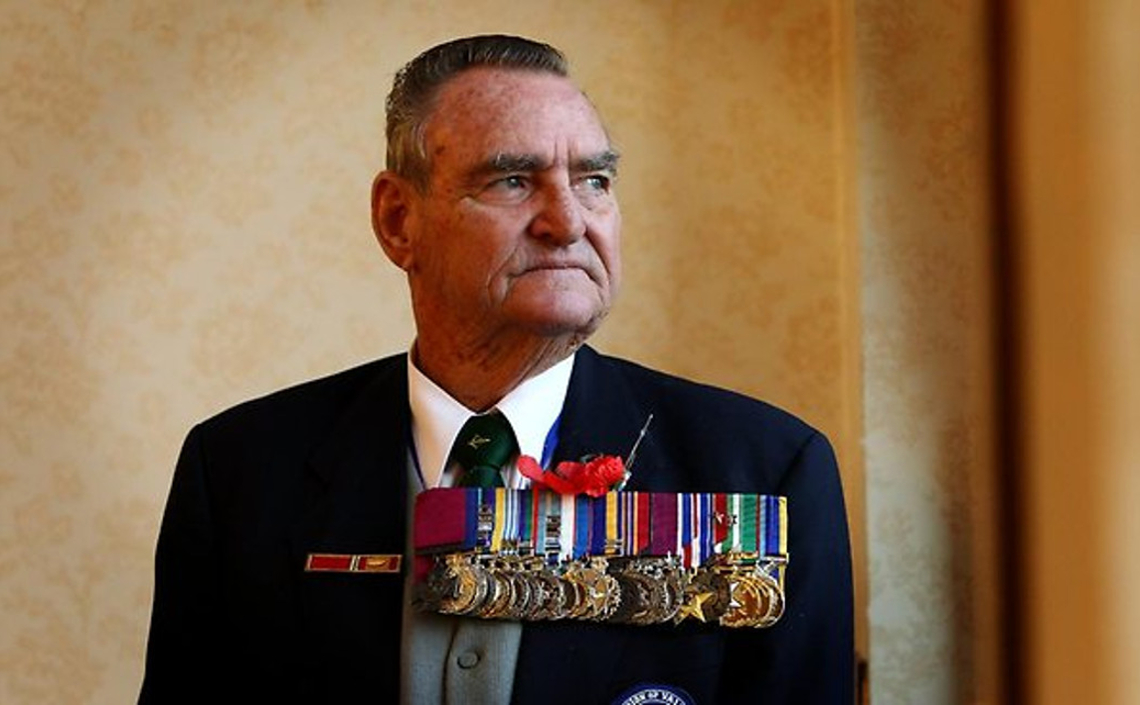 On 24TH May 1969, in Kontum Province, Warrant Officer Payne was Commanding 212th Company of 1st Mobile Strike Force Battalion when the battalion was attacked by a North Vietnamese force of superior strength. Under this heavy attack the indigenous soldiers began to fall back. Directly exposing himself to the enemy's fire, Warrant Officer Payne, through his own efforts, temporarily held off the assaults by alternately firing his weapon and running from position to position collecting grenades and throwing them at the assaulting enemy. While doing this he was wounded in the hand and arms. Despite his outstanding efforts, the indigenous soldiers gave way under the enemy's increased pressure and the Battalion Commander, together with several advisors and a few soldiers, withdrew. Paying no attention to his wounds and under extremely heavy enemy fire, Warrant Officer Payne covered his withdrawal by throwing grenades and firing his own weapon at the enemy who were attempting to follow up. Still under fire, he then ran across exposed ground to head off his own troops who were withdrawing in disorder. He successfully stopped them and organised the remnants of his and the second company into a temporary defensive perimeter by nightfall.

Having achieved this, Warrant Officer Payne of his own accord and at great personal risk, moved out of the perimeter into the darkness alone in an attempt to find the wounded and other indigenous soldiers. He finally collected forty lost soldiers, some of whom had been wounded and returned with this group to the temporary defensive position he had left, only to find that the remainder of the battalion had moved back. Undeterred by this setback and personally assisting a seriously wounded American advisor he led the group through the enemy to the safety of his battalion base. His sustained and heroic personal efforts, in this action were outstanding and undoubtedly saved the lives of a large number of his indigenous soldiers and several of his fellow advisors.

Warrant Officer Payne's repeated acts of exceptional personal bravery and unselfish conduct in this operation were an inspiration to all Vietnamese, United States and Australian soldiers who served with him. His conspicuous gallantry was in the highest traditions of the Australian Army.