Born in 1929 in East Sarawak he started work as a farmer before enlisting as a tracker in the Sarawak Rangers. He served in Malaya before being posted to the Worcestershire Regiment in 1950; Dec 1950 posted to 1st Bn Worcestershire Regiment. The action for which he was awarded the George Cross took place in Johore, in the Federation of Malaya. He retired from the Rangers in 1960 at end of Malayan Emergency, but re-enlisted in 1963 and took part in the Indonesian Confrontation. In spite of his age he continued to farm and lead an active into his old age. He died on 18th September 2020, peacefully in hospital in Sri Aman, Sarawak. He had eight children and many grandchildren whom he loved deeply. He was a gentle, devout Christian man. 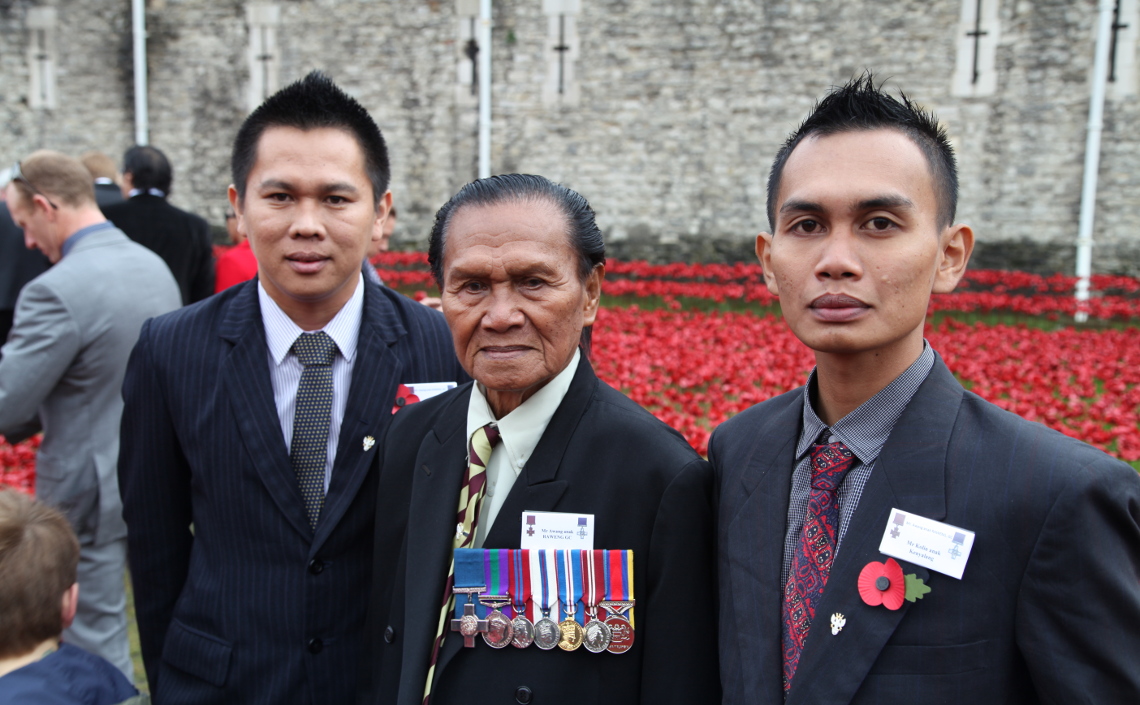 During operations against the bandits in Malaya a section of a platoon of the Worcestershire Regiment was ambushed by about 50 of the enemy. The leading scout was killed instantly and the Section Commander fatally wounded. Awang anak Rawang was hit through the thigh bone and at the same time a soldier, moving behind him, was hit below the knee, the bullet completely shattering the bone. Awang anak Rawang, although wounded and lying exposed under heavy rifle and automatic fire, collected his own weapons and that of the soldier and dragged him into the cover of the jungle. In view of the impending attack Awang, completely disregarding his own wound, took up a position to defend the injured man. There he remained, firing on every attempt made by the bandits to approach, and successfully drove off several attacks. Ultimately Awang was again wounded, the bullet shattering his right arm and rendering further use of his rifle or parang impossible. Despite loss of blood from his undressed wounds, he dragged himself over to the wounded soldier and took a grenade from the man’s pouch. He resumed his position on guard, pulled out the pin of the grenade with his teeth and with the missile in his left hand defied the bandits to approach. So resolute was his demeanour that the bandits, who had maintained their attacks for some forty minutes, and who were now threatened by other sections, withdrew.

The coolness, fortitude and offensive spirit displayed by Awang anak Rawang were of the highest order. Despite being twice severely wounded he showed the utmost courage and resolution to continue the fight and protect the injured soldier.