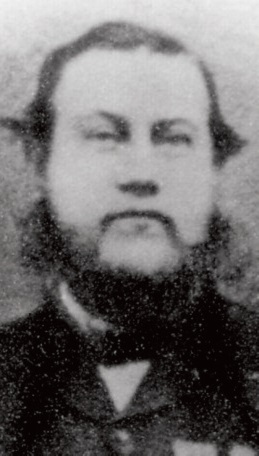 The British force that attacked Delhi on 14 September 1857 was divided into five columns. The third column under Colonel Campbell was to enter the city through the Kashmir Gate in its northern wall, once this had been blown up. Among those detailed to carry out the task, Lieutenant D C Home, Bengal Engineers, and Sergeant J Smith, Bengal Sappers and Miners, helped carry the powder bags and set them up against the Gate. The firing party, led by Lieutenant P Salkeld, Bengal Engineers, then moved forward to fire the charge. Salkeld was wounded while doing so, as was Corporal Burgess to whom he handed over and Smith finally lit the fuse. The charge went off prematurely but the gate was demolished and Lieutenant Home ordered Bugler R Hawthorne, 52nd Regiment, to signal the advance and to repeat the call several times so that it should be heard. Hawthorne also tended to Salkeld. In theory Home and Salkeld were not eligible for the VC, as both died before the Queen had given her official approval. They were, however, treated as ‘Clause 7’, ‘on the spot awards’, and both were ratified as Memorandum Awards in the terms set out in their shared Citation, ‘provisionally conferred by Major General Sir Archdale Wilson, Bt, K.C.B.’ and ‘would have been recommended to Her Majesty for confirmation in that distinction, had they survived.’

“Bugler Hawthorne, who accompanied the explosion party, not only performed the dangerous duty on which he was employed, but previously attached himself to Lieutenant Salkeld, of the Engineers, when dangerously wounded, bound up his wounds under a heavy musketry fire, and had him removed without further injury.” (General Order of Major-General Sir Archdale Wilson, Bart., K.C.B., dated Head Quarters, Delhi City, September 21, 1857.)