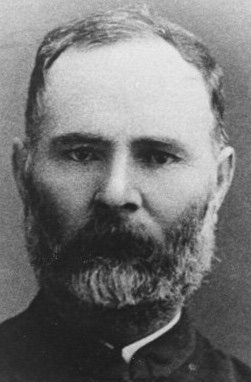 For his conspicuous gallantry during the attack on Rorke’s Drift Post by the Zulus on the night of the 22nd January, 1879, when he actively superintended the work of defence, and was amongst the foremost of those who received the first attack at the corner of the hospital, where the deadliness of his fire did great execution, and the mad rush of the Zulus met its first check, and where by his cool courage he saved the life of a man of the Army Hospital Corps by shooting the Zulu, who, having seized the muzzle of the man’s rifle, was in the act of assegaing him. This Officer, to whose energy much of the defence of the place was due, was severely wounded during the contest, but still continued to give the same example of cool courage.