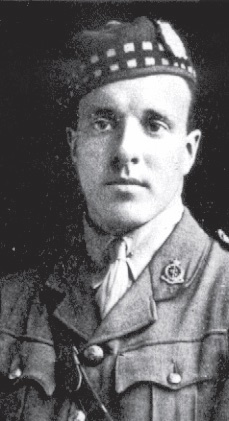 Having attacked Guillemont on 30 July 1916, the British mounted a further attack on 8 August and some ground was gained. Apart from the gallantry he displayed during this action, Second Lieutenant G G Coury also rescued the wounded CO of the 4th Battalion King’s Own Border Regiment, Lieutenant Colonel J L Swainson DSO, though Swainson died shortly afterwards. As the attack on the 8th was only partially successful, 1/10th Battalion (Scottish) The King’s (Liverpool) Regiment, which had been held in reserve, took part in a further assault the following day. Captain N G Chavasse, Royal Army Medical Corps, was awarded a Victoria Cross for his gallantry during this action. Two of Chavasse’s stretcherbearers were awarded the DSM and two more the Military Medal. Chavasse was awarded a second VC for his actions in 1917 (qv). Guillemont was not finally taken until 3 September 1916.

For most conspicuous bravery and devotion to duty. During an attack he tended the wounded in the open all day, under heavy fire, frequently in view of the enemy. During the ensuing night he searched for wounded on the ground in front of the enemy’s lines for four hours. Next day he took one stretcher-bearer to the advanced trenches, and under heavy shell fire carried an urgent case for 500 yards into safety, being wounded in the side by a shell splinter during the journey. The same night he took up a party of twenty volunteers, rescued three wounded men from a shell hole twenty-five yards from the enemy’s trench, buried the bodies of two Officers, and collected many identity discs, although fired on by bombs and machine guns. Altogether he saved the lives of some twenty badly wounded men, besides the ordinary cases which passed through his hands. His courage and self-sacrifice were beyond praise.