Born on 7 March 1937 at Newthorpe, Nottinghamshire, Jack had began work at Moorgreen Colliery in August 1952, just two months before his GC action, at the age of 15. After the fateful night during which Jack displayed such determined courage, all three boys concerned were taken to hospital and Jack did not go home until February 1953, after two major skin-grafting operations. Jack was the youngest recipient of the direct award of the GC at 15 years, 7 months. He received the GC from the Queen at the Palace on 10 March 1953. 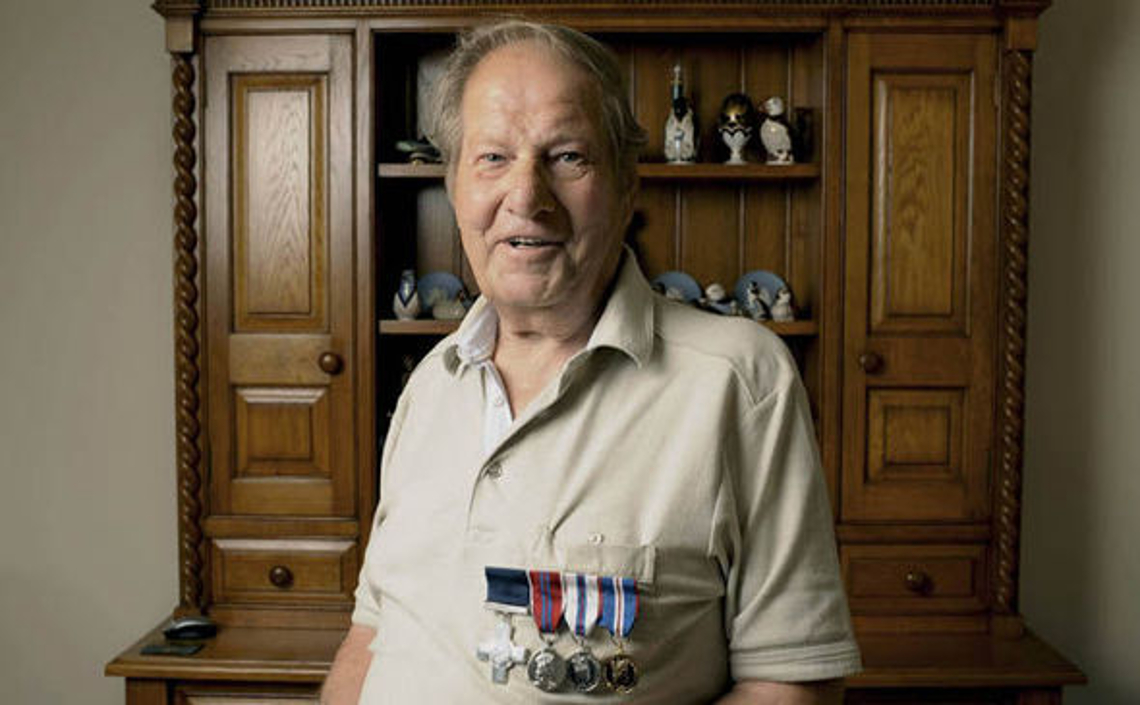 A fire broke out in a house occupied by a man, his wife and six children, and in a very short time was burning fiercely. John Bamford and his father went downstairs and upon opening the living room door at the foot of the stairs the interior of the room burst into flames. Owing to the intense heat they were unable to get back upstairs to the rest of the family. They ran out through the front door, climbed on to the top of a bay window which gave access to a bedroom, opened the window and helped three of the children and the mother onto the flat roof. John Bamford and his father then climbed into the bedroom where they could hear the two remaining children, aged 4 and 6, shouting in the back bedroom, situated immediately above the seat of the fire. The bedroom doors at the head of the stairs were enveloped by flames. The father draped a blanket around himself and attempted to reach the children but the blanket caught fire and he was driven back. John Bamford then told his father to go to the back of the house while he got down on his hands and knees and crawled through the flames into the bedroom.

His shirt was completely burned upon him but nevertheless he snatched the two young boys from the bed and managed to get them to the window. He dropped the younger boy from the window into his father’s arms but the elder boy struggled from his grasp. Bamford could then have got out himself but he left the window and chased the screaming child through the flames across the room. He eventually managed to catch him and throw him from the window. By this time Bamford was fast losing consciousness. He was terribly burned on the face, neck, chest, back, arms and hands but he managed to get one leg over the window sill and fell to the ground.

John Bamford displayed courage of the highest order, and inspite of excruciating pain succeeded in rescuing his two brothers.