Served in Royal Navy Fleet Air Arm prior to joining Metropolitan Police in 1953. Henry Stevens’ GC action took place on 29th March 1958 but he had a varied career in the Police serving with the Flying Squad and Serious Crime departments and retired as a Chief Inspector 1982. After his career as a Police Officer, Henry took up the post of Eastern District Security Manager for Sainsbury’s before finally retiring in 1992. Henry married his wife, Jennie, and they lived in Ilford with their two sons, Stephen and Simon. He was very proud of all his children, grandchildren and great grandchildren. The tradition of service in the Police continues in the family. 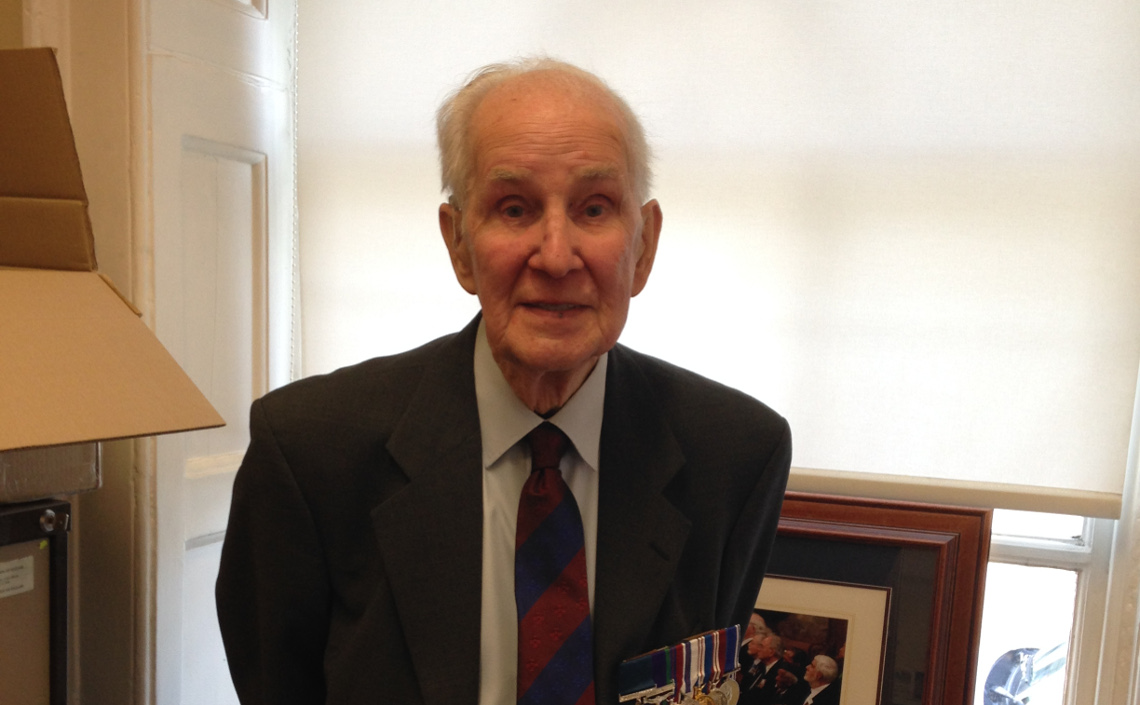 Constable Stevens was on duty in plain clothes in a police car at Bromley, Kent, with two other police officers, when they received a police radio message to go to a dwelling house, where a burglar alarm system had given an alarm. They went to the house, and two of the officers entered the front garden to search while Constable Stevens went to the rear, which was separated from the road by a high fence. As the Officer reached the rear of the house, a man jumped from the fence, about 5 yards from him; the Constable immediately shouted that he was a police officer and called upon him to stop. The man, however, ran off and the Constable pursued him. After covering about 75 yards, the man turned and pointing a revolver at the Officer threatened to shoot him. Stevens continued running towards the gunman, who, when the Constable was close to him, fired the revolver, the bullet striking Stevens in the mouth, shattering his teeth and part of his jaw bone. In spite of these painful injuries, the Officer threw himself on the man and, wrenching the weapon from him, pinioned him against some railings. The man stopped struggling and intimated that he would yield, but suddenly broke away and ran back along the road. Although bleeding extensively from the mouth and in great pain, Constable Stevens pursued the man, who after about 40 yards doubled back and tried to pass him. The Officer again tackled the gunman, but was unable to prevent him from struggling free, leaving his jacket and coat in the Officer’s hands. Stevens, almost on the point of collapse, continued the chase but after a short distance fell to the ground, exhausted. Mainly owing to the jacket and coat which Stevens had succeeded in retaining, the man was traced and later arrested.

Constable Stevens displayed courage of the highest order in disregarding a threat with a firearm, closing with a gunman after being shot in the mouth and, although seriously injured, continuing in his efforts to arrest the criminal.