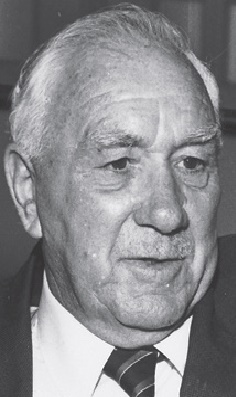 After Amundsen reached the South Pole in 1911, the one remaining goal of Antarctic exploration was the crossing of the Continent. This was attempted by Sir Ernest Shackleton, who mounted an Imperial Trans-Antarctic Expedition in 1914. Of its two boats, Endurance, which was approaching from the South Atlantic, became stuck in pack ice in 1915 and eventually sank. Shackleton himself then undertook a remarkable journey by open boat to South Georgia. Meanwhile the Aurora had landed a small party at Hut Point, Ross Island, on the opposite side of the Antarctic land mass. Marooned when the Aurora was forced out to sea by gales and not knowing that the fate of the Endurance had rendered its mission pointless, this small group set out to provision the supply depots that would enable Shackleton’s party to cross the Continent. Three of its number died in the attempt. The four survivors of the party were awarded the Albert Medal. R W Richards was the only man who lived long enough to have his medal converted to the George Cross.

The KING has been pleased to award the Albert Medal in recognition of the gallant conduct of Mr. Ernest Edward Mills Joyce, ex-Petty Officer, R.N., Mr. William Rayment Richards. Mr. Victor George Hayward (deceased) and Petty Officer Harry Ernest Wild, R.N. (deceased) in saving and endeavouring to save life while serving as members of the Ross Sea Party of the Shackleton Trans-Antarctic Expedition of 1914-17. The Expedition had for its object the crossing of the Antarctic Continent from the Weddell Sea to the Ross Sea, via the South Pole, a distance of about seventeen hundred miles. Sufficient supplies for the journey could not be carried, and it was therefore necessary to establish a chain of depots on the Ross Sea side as far southwards as possible. With this end in view the ship “Aurora” was sent to McMurdo Sound at the southern extrernity of the Ross Sea and, as it was intended that the vessel should winter there, a portion only of the stores and equipment was disembarked. McMurdo Sound was reached in January, 1915, but during a blizzard in May, the “Aurora” was blown out to sea and was unable to return, and the nine members of the Expedition who were on shore were left stranded. They recognised that failure to establish the depots would undoubtedly result in the loss of the main body and resolved, in spite of their grave shortage of equipment to carry out the allotted programme. For this purpose a party under the command of Sub-Lieutenant A. L. Mackintosh, R.N.R., and consisting of the Reverend A. P. Spencer-Smith, Messrs. Joyce, Richards, Hayward and Wild and three other members who assisted for a part of the outward journey left Hut Point, Ross Island on October 9th, They took with them two sledges and four dogs, and 162 days elapsed before the surviving members of the party were back at Hut Point, the total distance covered being approximately 950 miles. Mr. Spencer-Smith had to be dragged on a sledge for 42 days, mainly by hand labour, the distance covered being over 350 miles. When more than 100 miles remained to be covered the collapse of Lieutenant Mackintosh imposed an additional burden on the active members of the party who were all suffering from scurvy and snow blindness and were so enfeebled by their labours that at times they were unable to cover more than 2 or 3 miles in 15 hours. Mr Spencer-Smith died when only 19 miles remained to be covered, but Lieutenant Mackintosh was brought in safely to the base. Amendment: In the London Gazette notification of July 6, 1923, page 4686, regarding the award of the Albert Medal to certain members of the Ross Sea Party of the Shackleton Trans-Antarctic Expedition of 1914-1917:— For William Rayment Richards, Read Richard Walter Richards.