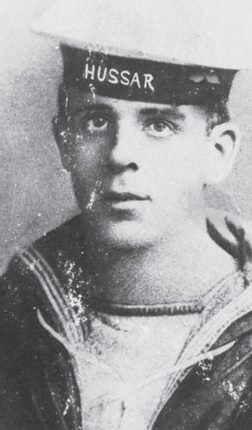 Held on to a line in the water for over an hour under heavy fire, until killed.