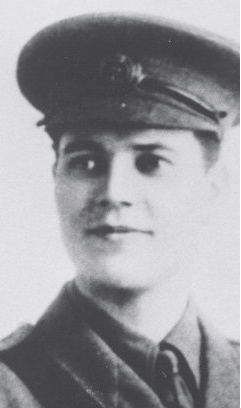 During the landing from the S.S. “River Clyde” at V Beach in the Gallipoli Peninsula on the 25th April, 1915, Sub-Lieutenant Tisdall, hearing wounded men on the beach calling for assistance, jumped into the water and, pushing a boat in front of him, went to their rescue. He was, however, obliged to obtain help, and took with him on two trips Leading Seaman Malia and on other trips Chief Petty Officer Perring and Leading Seamen Curtiss and Parkinson. In all Sub-Lieutenant Tisdall made four or five trips between the ship and the shore, and was thus responsible for rescuing several wounded men under heavy and accurate fire. Owing to the fact that Sub-Lieutenant Tisdall and the platoon under his orders were on detached service at the time, and that this Officer was killed in action on the 6th May, it has only now been possible to obtain complete information as to the individuals who took part in this gallant act. Of these, Leading Seaman Fred Curtiss, O.N. Dev 1899 has been missing since the 4th June, 1915.