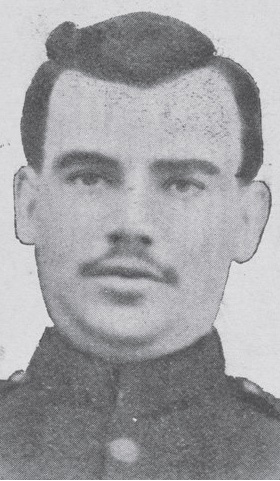 On the 25th April, 1915, three Companies and the Headquarters of the 1st Battalion Lancashire Fusiliers, in effecting a landing on the Gallipoli Peninsula to the West of Cape Helles, were met by a very deadly fire from hidden machine guns which caused a great number of casualties. The survivors, however, rushed up to and cut the wire entanglements, notwithstanding the terrific fire from the enemy, and, after overcoming supreme difficulties, the cliffs were gained and the position maintained. Amongst the many very gallant Officers and men engaged in this most hazardous undertaking, Captain Willis, Serjeant Richards and Private Keneally have been selected by their comrades as having performed the most signal acts of bravery and devotion to duty.