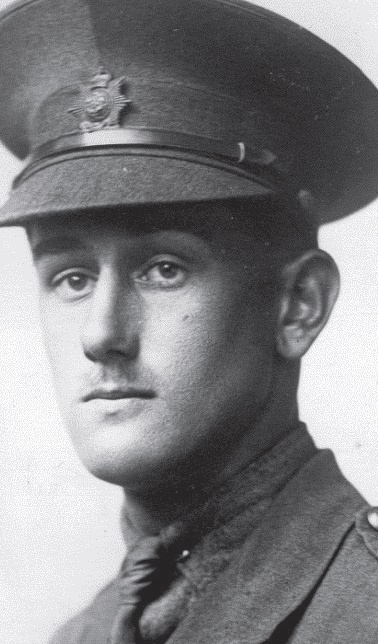 By the end of May 1915, Allied and Turkish trenches faced one another across Cape Helles, the south-western tip of the Gallipoli peninsula. 2nd Battalion The Hampshire Regiment formed part of 88th Brigade which manned the line across Fir Tree Spur, south-west of Krithia. Conscious that Turkish defences were growing ever stronger, the Allies launched the Third Battle of Krithia on 4 June 1915. The attacks by French troops at the eastern end of the line and by Indian troops at the western end made little progress but in the centre the British captured some of the Turkish forward trenches. After a series of ineffective attacks on 5 June, the Turks launched a major counter-attack on the next day. The British were driven out of some of the captured trenches and their line in Trench H11 threatened to give way as panic took hold. Second Lieutenant G R D Moor managed to halt what threatened to turn into a rout by shooting four of the retreating soldiers and then leading the remainder to retake that part of H11 which the Turks had regained.

For most conspicuous bravery and resource on 5th June, 1915, during operations south of Krithia, Dardanelles. When a detachment of a battalion on his left, which had lost all its officers, was rapidly retiring before a heavy Turkish attack, Second Lieutenant Moor, immediately grasping the danger to the remainder of the line, dashed back some 200 yards, stemmed the retirement, led back the men, and recaptured the lost trench. This young officer, who only joined the Army in October, 1914, by his personal bravery and presence of mind, saved a dangerous situation.