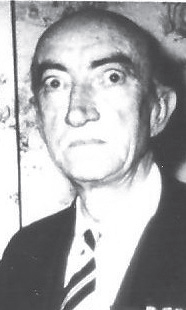 The KING has been graciously pleased to approve of the Award of the Medal of the Civil Division of the Most Excellent Order of the British Empire to the undermentioned:– For Gallantry. George John Adamson, Inspector, River Traffic Police, Calcutta, Bengal and Cecil Francis Kelly, Assistant River Surveyor, Port Commissioners, Calcutta, Bengal. In May last, Inspector Adamson, with Mr. Kelly as pilot, was in charge of two Port Police launches escorting a cargo of defective dynamite which was being taken for destruction up the river Hooghly in a barge in tow of a launch. The barge proved quite unseaworthy, and after a journey of about 15 miles up the river was in a sinking condition. Inspector Adamson and his assistants had no responsibility except for escorting the cargo, but in spite of this they tried at great personal risk to keep the barge afloat by bailing from 7 o’clock in the evening till midnight, when it was found necessary to beach the barge on the bank near a large jute mill. In spite of the dynamite exuding nitroglycerine, Inspector Adamson with two sergeants worked indefatigably in the water and in the dark to help guide the barge ashore by hand. The beaching took five and a half hours. The barge was partially unloaded, but it was found impossible to remove the 2½ tons at the bottom owing to its dangerous condition, and the barge had to be re-floated, towed into deep water and sunk. Inspector Adamson rendered great assistance during the whole operation, and stood by in a police launch in spite of grave danger. Mr. Kelly supervised the handling of the barge throughout, and without his skilled assistance the feat could not have been accomplished. A small accident such as the striking of a bootsole nail on a stone in the river bank, the “working” of the hull of the barge when she was subsequently towed off, or a slip with any of the gear used, would have resulted in practically certain death to those working, and a disaster of the first magnitude to the surrounding mills. Though it was not his duty as pilot, Mr. Kelly remained in the barge while it was towed off the beach and until it was safely sunk, superintending its handling in the current by the aid of two launches. Both men displayed cool, deliberate and sustained gallantry for many hours under conditions of the greatest strain.