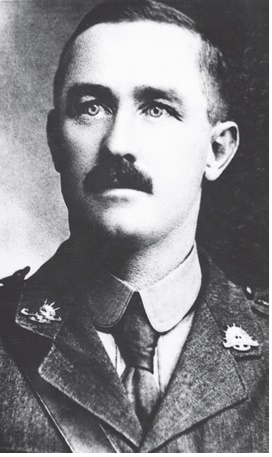 After the landing of Australian and New Zealand troops at Anzac Cove on 25 April 1915 a front line had been established running roughly north to south across the 400 Plateau, south-east of the Cove. The Turkish defences in the south-eastern section of the Plateau had been named Lone Pine by the Australians. On the night of 6-7 August, as part of the diversionary attacks accompanying the landing at Suvla Bay to the north, the Australians attacked the Turkish positions at Lone Pine and, despite heavy casualties, broke through the enemy’s line. The Turks mounted counter-attacks over the succeeding days but the Australians held on and consolidated their gains. The action was a triumph and seven of the Australians were awarded VCs for their gallantry in the fighting: Captains A J Shout and F H Tubb, Lieutenant W J Symons, Lance Corporal L M Keysor, Corporals A S Burton and W Dunstan and Private J P Hamilton.

For most conspicuous bravery and devotion to duty at Lone Pine trenches, in the Gallipoli Peninsula, on 9th August, 1915. In the early morning the enemy made a determined counterattack on the centre of the newly captured trench held by Lieutenant Tubb. They advanced up a sap and blew in a sandbag barricade, leaving only one foot of it standing, but Lieutenant Tubb led his men back, repulsed the enemy, and rebuilt the barricade. Supported by strong bombing parties, the enemy succeeded in twice again blowing in the barricade, but on each occasion Lieutenant Tubb, although wounded in the head and arm, held his ground with the greatest coolness and rebuilt it, and finally succeeded in maintaining his position under very heavy bomb fire.