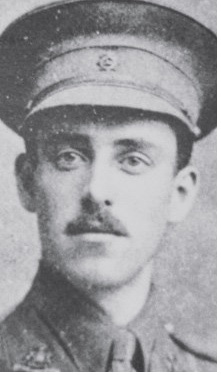 On the night of 6 August 1915 Allied forces began to land at Suvla Bay, north of Anzac Cove, in an attempt to cut across the Gallipoli Peninsula behind Turkish lines. If this plan had succeeded, it would have resolved the stalemate which had been reached in the fighting at Anzac Cove and further south at Cape Helles. Preceding the landing a number of diversionary attacks were launched in the hope of drawing Turkish troops from Suvla Bay. One of these was at the centre of the Allied Line crossing Cape Helles. On 6 August 1915, the 88th Brigade attacked the Turkish line west of the Kirte Dere, south-west of Krithia. The Turkish defences had been woefully underestimated and 88th Brigade was driven back. Despite this, 125th and 127th Brigades were ordered on the 7th to attack along the Kirte Dere and to its east. They met similar opposition and the only gain made was a small vineyard east of the Kirte Dere. British forces held out over the succeeding days, though the Turks attempted to recapture the Vineyard on 12 and 13 August (see D R Lauder VC below).

When holding the north-west corner of “The Vineyard,” he was attacked and heavily bombed by Turks, who advanced time after time by three trenches which converged at this point, but he held his own, not only directing his men and encouraging them by exposing himself with the utmost disregard to danger, but personally throwing bombs continuously for 41 hours. When his detachment was relieved after 24 hours he volunteered to continue the direction of the operations. Three times during the night of 8th-9th August he was again heavily attacked, and once the Turks got over the barricade, but, after shooting three with his revolver, he led his men forward and recaptured it. When he rejoined his Battalion he was choked and sickened by bomb fumes, badly bruised by a fragment of shrapnel, and could barely lift his arm from continuous bomb throwing. It was due to his personal example, magnificent courage and endurance that this very important corner was held.