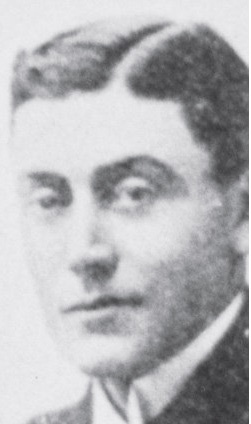 When war broke out in 1914, two ships of the German navy, the Goeben and Breslau, had succeeded in escaping from the Mediterranean through the Dardanelles and reaching Constantinople. From here they made occasional forays into the Black Sea. However, following the Bolshevik seizure of power in November 1917 Russia withdrew from the war. On 20 January 1918, the Goeben and Breslau sailed through the Dardanelles intent on raiding the British naval base at Mudros on Lemnos, but before they could do so, both struck mines. The Breslau sank but the Goeben limped back to the Dardanelles before running aground near Nagara Point on the south shore of the narrows, north of Chanak. HM Submarine E14, under Lieutenant Commander G S White, was selected to attack her, and set sail from Imbros on the 27th. E14 succeeded in reaching Nagara Point on the 28th but by then the Goeben had been refloated and had sailed into the Sea of Marmara. E14 then attacked a merchantman but was disabled by an explosion, which revealed her position to the shore batteries. White managed to submerge and E14 headed back through the straits but the damage to her was too great. Forced to resurface and make for the shore, she was riddled by fire from the batteries on Cape Helles and at Kum Kale. White and twenty-nine other members of the crew were killed and only nine survivors were rescued by the Turks.

For most conspicuous gallantry and devotion to duty as Commanding Officer of H.M. Submarine “E 14” on the 28th of January, 1918. “E 14” left Mudros on the 27th of January under instructions to force the Narrows and attack the “Goeben,” which was reported aground off Nagara Point after being damaged during her sortie from the Dardanelles. The latter vessel was not found, and “E 14” turned back. At about 8.45 a.m. on the 28th of January a torpedo was fired from “E 14” at an enemy ship; 11 seconds after the torpedo left the tube a heavy explosion took place, caused all lights to go out, and sprang the fore hatch. Leaking badly the boat was blown to 15 feet, and at once a heavy fire came from the forts, but the hull was not hit. “E 14” then dived and proceeded on her way out. Soon afterwards the boat became out of control, and as the air supply was nearly exhausted, Lieutenant-Commander White decided to run the risk of proceeding on the surface. Heavy fire was immediately opened from both sides, and, after running the gauntlet for half-an-hour, being steered from below, “E 14” was so badly damaged that Lieutenant-Commander White turned towards the shore in order to give the crew a chance of being saved. He remained on deck the whole time himself until he was killed by a shell.