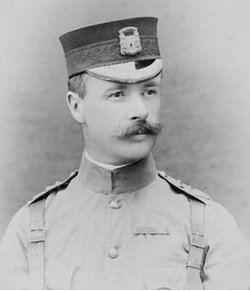 For conspicuous gallantry in the defence of Rorke’s Drift Post on the night of the 22nd January, 1879, when, in spite of his having been wounded in the foot a few days previously, he greatly distinguished himself when the Garrison were repulsing, with the bayonet, a series of desperate assaults made by the Zulus, and displayed great activity and devoted gallantry throughout the defence. On one occasion when the Garrison had retired to the inner line of defence, and the Zulus occupied the wall of mealie bags which had been abandoned, he crept along the wall, without any order, to dislodge a Zulu who was shooting better than usual and succeeded in killing him, and two others, before he, the Corporal, returned to the inner defence.