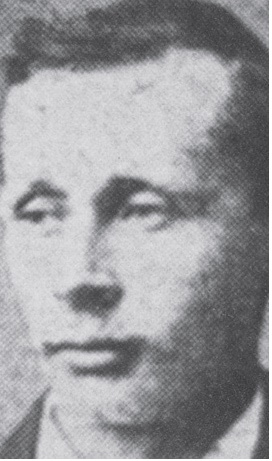 Once it became clear that the British relief forces were not going to reach General Townshend and his men at Kut-el-Amara before their supplies ran out, one last desperate attempt was made to ferry in a month’s supplies by river. This was regarded by the navy as a suicidal enterprise and only unmarried men were allowed to take part in it. SS Julnar, which had been covered with metal plating, sailed from Fallahiyeh on the evening of 24 April 1916. She came under heavy Turkish fire and about midnight at Magasis, some five miles east of Kut by land, her bridge was hit by a shell killing her commander, Lieutenant H O B Firman, RN and wounding her second in command, Lieutenant Commander C H Cowley, RNVR. She then hit a hawser which the Turks had stretched across the river, ran aground and could not be refloated. Her surviving crew were captured. Cowley, who was claimed by the Turks to be a Turkish subject, was probably executed. Deprived of any further hope of relief, the garrison at Kut surrendered on 29 April 1916.

The General Officer Commanding, Indian Expeditionary Force “D,” reported on this attempt in the following words:- “At 8 p.m. on April 24th, 1916, with a crew from the Royal Navy under Lieutenant Firman, R.N., assisted by Lieutenant-Commander Cowley, R.N.V.R., the ‘Julnar,’ carrying 270 tons of supplies, left Falahiyah in an attempt to reach Kut. “Her departure was covered by all Artillery and machine gun fire that could be brought to bear, in the hope of distracting the enemy’s attention. She was, however, discovered and shelled on her passage up the river. At 1 a.m. on the 25th General Townshend reported that she had not arrived, and that at midnight a burst of heavy firing had been heard at Magasis, some 8½ miles from Kut by river, which had suddenly ceased. There could be but little doubt that the enterprise had failed, and the next day the Air Service reported the ‘Julnar’ in the hands of the Turks at Magasis. “The leaders of this brave attempt, Lieutenant H. O. B. Firman, R.N., and his assistant – Lieutenant-Commander C. H. Cowley, R.N.V.R. – the latter of whom throughout the campaign in Mesopotamia performed magnificent service in command of the ‘Mejidieh’ – have been reported by the Turks to have been killed; the remainder of the gallant crew, including five wounded, are prisoners of war. “Knowing well the chances against them, all the gallant officers and men who manned the ‘Julnar’ for the occasion were volunteers. I trust that the services in this connection of Lieutenant H. O. B. Firman, R.N., and Lieutenant-Commander C. H. Cowley, R.N.V.R., his assistant, both of whom were unfortunately killed, may be recognised by the posthumous grant of some suitable honour.”