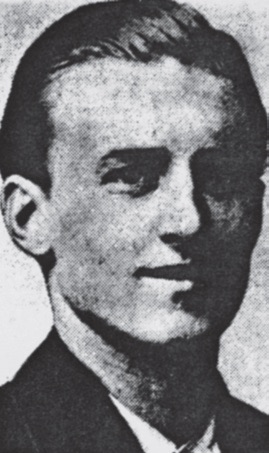 On 7 September 1940 A G Dolphin, a porter at the South Eastern Hospital, Avonley Road, New Cross, south-east London, was helping to assist a probationer nurse Doris Sale aged 17 who had been trapped by masonry after a bomb hit the hospital. He was killed while shielding her with his body when a wall collapsed. He was awarded a posthumous GC for his gallantry.

A high explosive bomb fell on the kitchens of Ward Block I at the South Eastern Hospital, killing four nurses who were in the ground floor kitchen and injuring the night Sister and patients in the adjoining ward. A nurse, who was in the ward kitchen on the first floor, was thrown through the collapsing floor into the passage below. Together with other helpers, Albert Ernest Dolphin, one of the porters of the hospital, rushed to the site and found her pinioned by a block of masonry across her legs. While they were working the wall was heard to crack and subsequently collapsed. The workers had ample time to jump clear before the masonry fell, but Dolphin remained where he was and his body was subsequently found lying face downwards across the nurse with his head towards the wall which collapsed on top of him. When found he was dead, but the nurse, who was subsequently extricated, was still alive though severely injured. There is no doubt that Dolphin, although aware that the wall was about to collapse, deliberately remained where he was and threw himself across the nurse’s body in an endeavour to protect her. This he succeeded in doing at the cost of his own life. 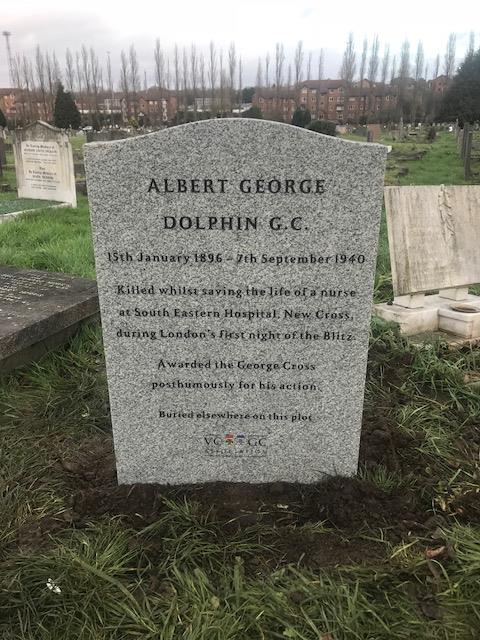