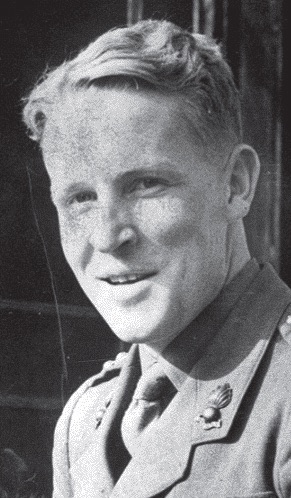 With growing pressure from the Russians for the Allies to launch a second front in the west, a plan was hatched, vigorously promoted by Admiral Lord Louis Mountbatten, Chief of Combined Operations, for a trial raid on Dieppe, to see if it were possible to hold a port on the French Coast even for a short period. Canadian troops had arrived to assist with the defence of Britain in 1940. Mackenzie King, the Canadian Prime Minister, had forbidden their use in North Africa. They now provided 5,000 troops for the Dieppe Raid. Before dawn on 19 August 1942, two British Commando units, comprising 1,000 men, attacked the German batteries at Varengeville five miles to the west and Berneval a similar distance to the east of Dieppe. Temporary Captain P A Porteous distinguished himself serving with Lord Lovat’s No 4 Commando at Varengeville. Meanwhile Canadian forces landed east and west of Dieppe to support the Commandos and to protect the flanks of the main force attacking Dieppe itself. The South Saskatchewan Regiment under Lieutenant Colonel C C I Merritt went ashore at Pourville to the west of the town. They found themselves cut off from their objective by the River Scie and Merritt had to lead his men over the bridge under very heavy machine-gun and artillery fire. The main attacking force faced equally fierce resistance. Captain J W Foote, chaplain to the Royal Hamilton Light Infantry, had been refused permission to join the Raid but had stowed away on one of the boats to be with the troops. When at 9am it was decided the Raid could not be sustained, he refused the chance of being evacuated. Of the 6,000 men who took part in the attack over half were killed, wounded or captured and naval and air losses were equally heavy.

At Dieppe on the 19th August, 1942, Major Porteous was detailed to act as Liaison Officer between the two detachments whose task was to assault the heavy coast defence guns. In the initial assault Major Porteous, working with the smaller of the two detachments, was shot at close range through the hand, the bullet passing through his palm and entering his upper arm. Undaunted, Major Porteous closed with his assailant, succeeded in disarming him and killed him with his own bayonet thereby saving the life of a British Sergeant on whom the German had turned his aim. In the meantime the larger detachment was held up, and the officer leading this detachment was killed and the Troop Sergeant-Major fell seriously wounded. Almost immediately afterwards the only other officer of the detachment was also killed. Major Porteous, without hesitation and in the face of a withering fire, dashed across the open ground to take over the command of this detachment. Rallying them, he led them in a charge which carried the German position at the point of the bayonet, and was severely wounded for the second time. Though shot through the thigh he continued to the final objective where he eventually collapsed from loss of blood after the last of the guns had been destroyed. Major Porteous’s most gallant conduct, his brilliant leadership and tenacious devotion to a duty which was supplementary to the role originally assigned to him, was an inspiration to the whole detachment.
ERRATA. The rank of Lieutenant (temporary Captain) Patrick Anthony Porteous (73033), Royal Regiment of Artillery, is as now shown and not as on page 4323 of the London Gazette dated 2nd October, 1942 (Second Supplement to The London Gazette of 2 October 1942. 6 October 1942, Numb. 35730, p. 4339).