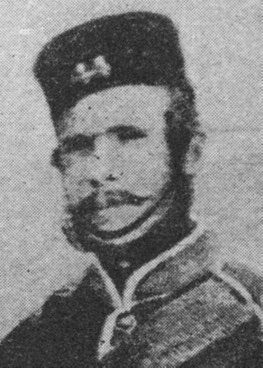 Volunteered as sharpshooter at the commencement of the siege, and was in charge of the party of the 44th Regiment; was always vigilant and active, and signalised himself on the 20th October, 1854, when one of his party, Private John Keane, 44th Regiment, was dangerously wounded in the Woronzoff Road, at the time the sharpshooters were repulsed from the Quarries by overwhelming numbers. Serjeant M‘Wheeney, on his return, took the wounded man on his back, and brought him to a place of safety. This was under a very heavy fire. He was also the means of saving the life of Corporal Courtney. This man was one of the sharpshooters, and was severely wounded in the head, 5th December, 1854. Serjeant M‘Wheeney brought him from under fire, and dug up a slight cover with his bayonet, where the two remained until dark, when they retired. Serjeant M‘Wheeney volunteered for the advanced guard of General Eyre’s Brigade, in the Cemetery, on the 18th June, 1855, and was never absent from duty during the war.
(The spelling of McWheeney’s name in the Citation is as given in the Gazette). 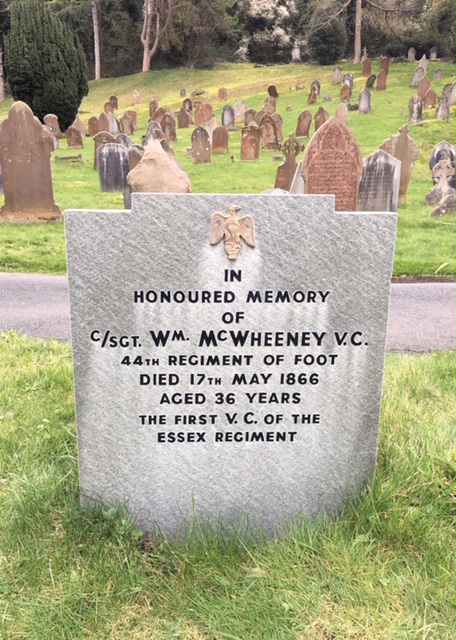