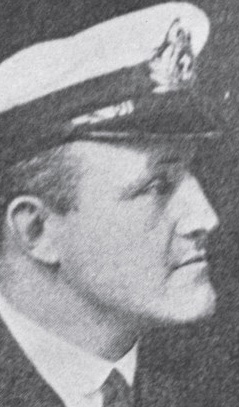 For most conspicuous gallantry at Zeebrugge on the night of the 22nd-23rd April, 1918. This officer was in immediate command of the Naval Storming Parties embarked in “Vindictive.” Immediately before coming alongside the Mole Lieut.-Commander Harrison was struck on the head by a fragment of a shell which broke his jaw and knocked him senseless. Recovering consciousness he proceeded on to the Mole and took over command of his party, who were attacking the seaward end of the Mole. The silencing of the guns on the Mole head was of the first importance, and though in a position fully exposed to the enemy’s machine-gun fire, Lieut.-Commander Harrison gathered his men together and led them to the attack. He was killed at the head of his men, all of whom were either killed or wounded. Lieut.-Commander Harrison, though already severely wounded and undoubtedly in great pain, displayed indomitable resolution and courage of the highest order in pressing his attack, knowing as he did that any delay in silencing the guns might jeopardise the main object of the expedition, i.e., the blocking of the Zeebrugge-Bruges Canal. 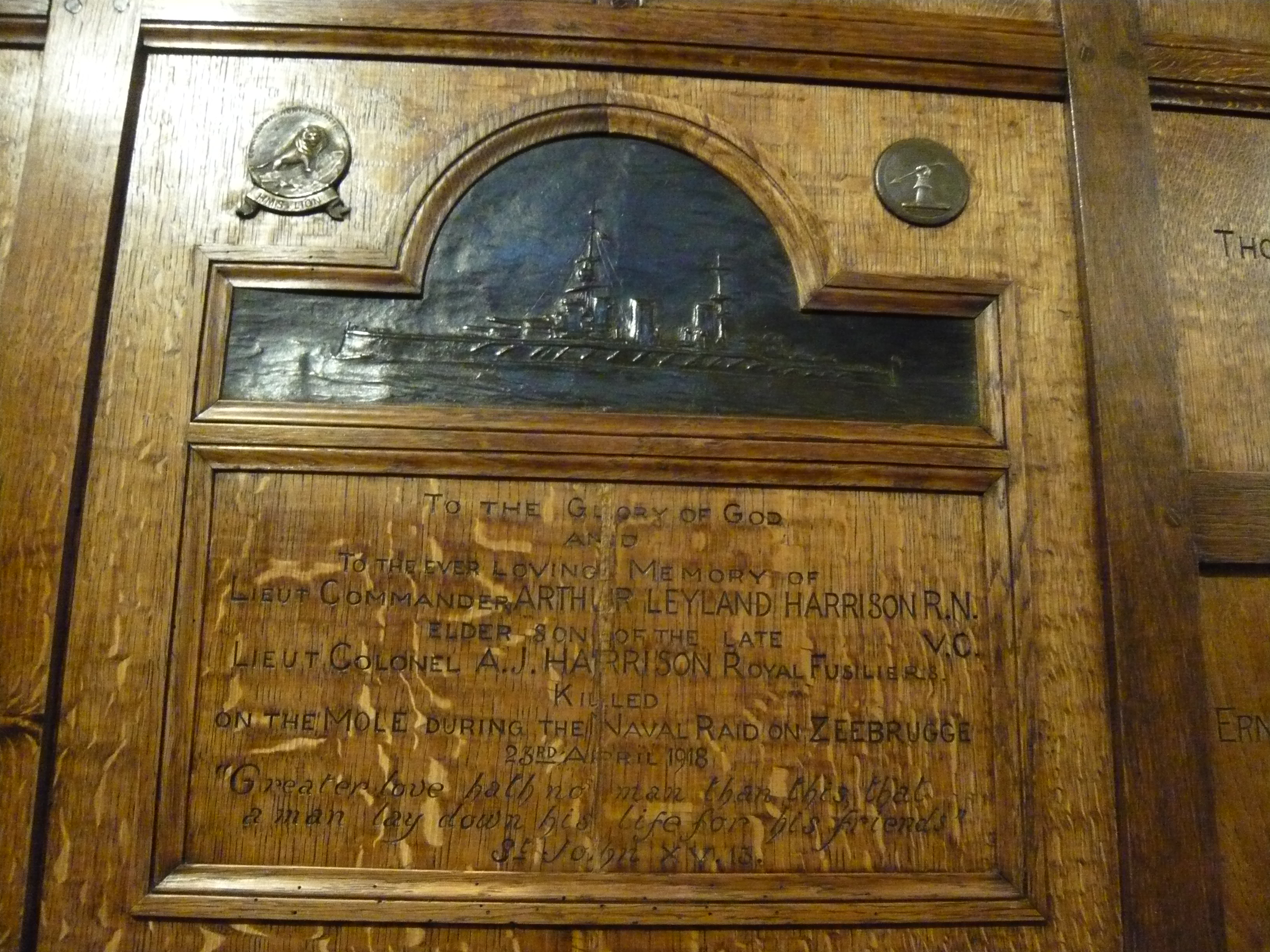