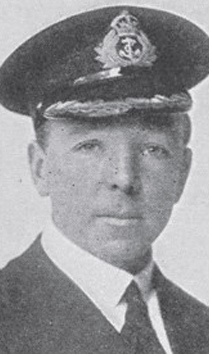 The Battle of Jutland

Anglo-German naval rivalry had been one of the many underlying causes of the First World War. Both home fleets had however spent most of the first two years of conflict in their respective bases at Scapa Flow and Bremen. On 21 February 1916 the German army had launched a major offensive at Verdun but the French had resisted doggedly and the Germans were looking for ways to deter any British moves in support of the French. A plan was evolved to attack and destroy the British fast battle cruisers. These helped protect British troop traffic in the Channel and also prevented German warships from escaping into the oceans to harass British merchantmen. The British knew of the German plan and on 30 May the Grand Fleet under Admiral Sir John Jellicoe sailed out into the North Sea. The two fleets met off Jutland the following afternoon but neither side achieved complete success in the resulting battle, the British losing 14 ships and the Germans 11. The Germans concluded that they could not overturn British naval supremacy and their fleet returned to base, where it spent the remainder of the war. Germany chose to concentrate instead on submarine warfare, which had the unanticipated effect of helping to bring the United States into the war on the Allied side. In the shorter term the Battle failed to halt British plans for a major offensive on the Somme which opened on 1 July 1916.

For the extremely gallant way in which he led his division in their attack, first on enemy destroyers and then on their battle cruisers. He finally sighted the enemy battle-fleet, and, followed by the one remaining destroyer of his division (“Nicator”), with dauntless courage he closed within 3,000 yards of the enemy in order to attain a favourable position for firing the torpedoes. While making this attack, “Nestor” and “Nicator” were under concentrated fire of the secondary batteries of the High Sea Fleet. “Nestor” was subsequently sunk. Supplement to The London Gazette of 15 September 1916. 15 September 1916, Numb. 29751, p. 9067 Admiralty, 15th September, 1916.
The KING has been graciously pleased to approve of the grant of the Victoria Cross to the undermentioned Officers in recognition of their bravery and devotion to duty as described in the foregoing despatch:- Commander the Hon. Edward Barry Stewart Bingham, R.N. (prisoner of war in Germany). Major Francis John William Harvey, R.M.L.I. (killed in action).