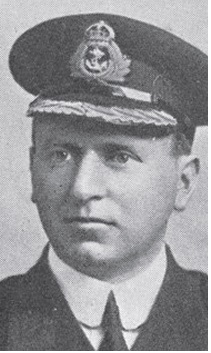 The Battle of Jutland

Anglo-German naval rivalry had been one of the many underlying causes of the First World War. Both home fleets had however spent most of the first two years of conflict in their respective bases at Scapa Flow and Bremen. On 21 February 1916 the German army had launched a major offensive at Verdun but the French had resisted doggedly and the Germans were looking for ways to deter any British moves in support of the French. A plan was evolved to attack and destroy the British fast battle cruisers. These helped protect British troop traffic in the Channel and also prevented German warships from escaping into the oceans to harass British merchantmen. The British knew of the German plan and on 30 May the Grand Fleet under Admiral Sir John Jellicoe sailed out into the North Sea. The two fleets met off Jutland the following afternoon but neither side achieved complete success in the resulting battle, the British losing 14 ships and the Germans 11. The Germans concluded that they could not overturn British naval supremacy and their fleet returned to base, where it spent the remainder of the war. Germany chose to concentrate instead on submarine warfare, which had the unanticipated effect of helping to bring the United States into the war on the Allied side. In the shorter term the Battle failed to halt British plans for a major offensive on the Somme which opened on 1 July 1916.

On the afternoon of the 31st May, 1916, during the action, Commander Jones in H.M.S. “Shark,” Torpedo Boat Destroyer, led a division of Destroyers to attack the enemy Battle Cruiser Squadron. In the course of this attack a shell hit the “Shark’s” bridge, putting the steering gear out of order, and very shortly afterwards another shell disabled the main engines, leaving the vessel helpless. The Commanding Officer of another Destroyer, seeing the “Shark’s” plight, came between her and the enemy and offered assistance, but was warned by Commander Jones not to run the risk of being almost certainly sunk in trying to help him. Commander Jones, though wounded in the leg, went aft to help connect and man the after wheel. Meanwhile the forecastle gun with its crew had been blown away, and the same fate soon afterwards befell the after gun and crew. Commander Jones then went to the midship and the only remaining gun, and personally assisted in keeping it in action. All this time the “Shark” was subjected to very heavy fire from enemy light cruisers and destroyers at short range. The gun’s crew of the midship gun was reduced to three, of whom an Able Seaman was soon badly wounded in the leg. A few minutes later Commander Jones was hit by a shell, which took off his leg above the knee, but he continued to give orders to his gun’s crew, while a Chief Stoker improvised a tourniquet round his thigh. Noticing that the Ensign was not properly hoisted, he gave orders for another to be hoisted. Soon afterwards, seeing that the ship could not survive much longer, and as a German Destroyer was closing, he gave orders for the surviving members of the crew to put on lifebelts. Almost immediately after this order had been given, the “Shark” was struck by a torpedo and sank. Commander Jones was unfortunately not amongst the few survivors from the “Shark,” who were picked up by a neutral vessel in the night.