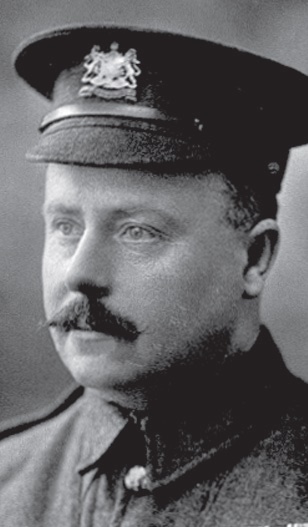 Having attacked Guillemont on 30 July 1916, the British mounted a further attack on 8 August and some ground was gained. Apart from the gallantry he displayed during this action, Second Lieutenant G G Coury also rescued the wounded CO of the 4th Battalion King’s Own Border Regiment, Lieutenant Colonel J L Swainson DSO, though Swainson died shortly afterwards. As the attack on the 8th was only partially successful, 1/10th Battalion (Scottish) The King’s (Liverpool) Regiment, which had been held in reserve, took part in a further assault the following day. Captain N G Chavasse, Royal Army Medical Corps, was awarded a Victoria Cross for his gallantry during this action. Two of Chavasse’s stretcherbearers were awarded the DSM and two more the Military Medal. Chavasse was awarded a second VC for his actions in 1917 (qv). Guillemont was not finally taken until 3 September 1916.

For most conspicuous bravery and devotion to duty during the attack at Guillemont on the 30th July, 1916, when under heavy rifle and machine gun fire he volunteered to take back an important message after five runners had been killed in attempting to do so. He had to cover about 700 yards, the whole of which was under observation from the enemy. Company Serjeant-Major Evans, however, succeeded in delivering the message, and although wounded, rejoined his company, although advised to go to the dressing station. The return journey to the company again meant a journey of 700 yards under severe rifle and machine gun fire, but by dodging from shell-hole to shell-hole he was able to do so, and was taken prisoner some hours later. On previous occasions at Montauban and Trones Wood this gallant Warrant Officer displayed great bravery and devotion to duty, and has always been a splendid example to his men.