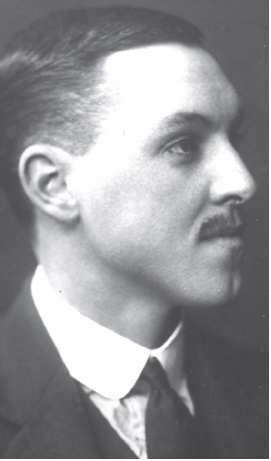 On 1 October 1916 the British attacked the German line running north-west from Flers to Le Sars on the Albert-Bapaume road. Eaucourt L’Abbaye, south-east of Le Sars, was captured. In the course of the fighting Major G E Wilkinson commander of the 1st Battalion Durham Light Infantry, was wounded and handed over command to Lieutenant Colonel R B Bradford, CO of the 1/9th Durhams, who were in support. Bradford succeeded in rallying his men and carrying the attack forward. It was in this action that Sergeant D F Brown VC was killed.

For most conspicuous bravery and good leadership in attack, whereby he saved the situation on the right flank of his Brigade and of the Division. Lieutenant-Colonel Bradford’s Battalion was in support. A leading Battalion having suffered very heavy casualties, and the Commander wounded, its flank became dangerously exposed at close quarters to the enemy. Raked by machine-gun fire, the situation of the Battalion was critical. At the request of the wounded Commander, Lieutenant-Colonel Bradford asked permission to command the exposed Battalion in addition to his own. Permission granted, he at once proceeded to the foremost lines. By his fearless energy under fire of all description, and his skilful leadership of the two Battalions, regardless of all danger, he succeeded in rallying the attack, captured and defended the objective, and so secured the flank.